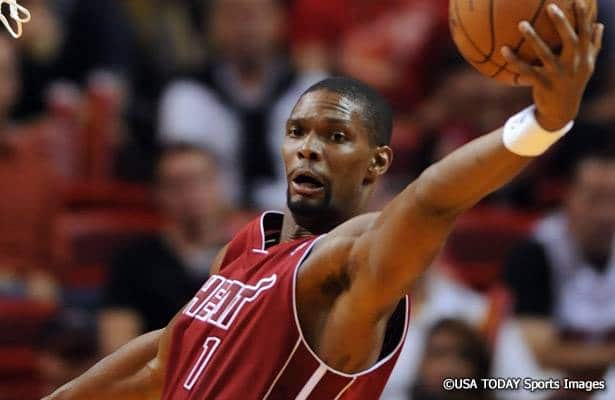 The relationship between Chris Bosh and the Miami Heat continued disintegrating Friday, with the All-Star saying that the team did not tell him before going public with their belief that he will not play for them again.

The Heat denied that assertion, with a team spokesman saying that calls, texts and emails to Bosh in the days before team president Pat Riley made that announcement earlier this week were not acknowledged.