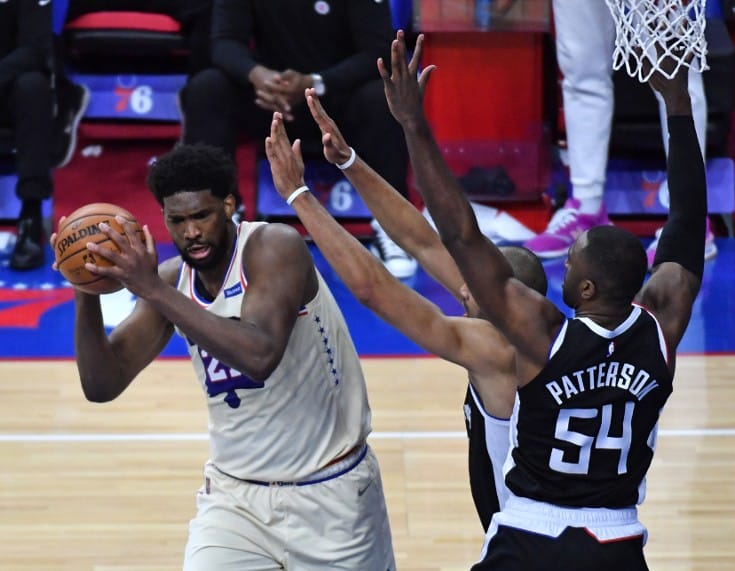 In tonight’s interconference matchup, the Los Angeles Clippers (22-24, 21-25 ATS) are playing the Philadelphia 76ers (26-18, 23-21 ATS); NBA picks are featured here. Which team will win the first regular season meeting? In addition to the starting lineups, our top NBA picks and betting trends are posted below.

All Clippers vs 76ers betting odds can be found at BetOnline

Furthermore, on Wednesday, in the Clippers’ 130-128 road loss in overtime versus the Nuggets, center Ivica Zubac earned one more career double-double, piling on 32 points, 10 rebounds and 3.0 assists in 37 minutes on the court. Guard Reggie Jackson also ended his performance with a double-double. He accumulated 28 points, 3.0 rebounds and 12 assists in 38 minutes played. Los Angeles has won just four of its last 10 games. The Clippers are 7-12 away, 15-12 at home and 9-10 ATS on the road this season.

As for the 76ers, in their 123-110 home win over the Magic on Wednesday, center Joel Embiid displayed one of the greatest performances of his career. He finished with a double-double, accumulating 50 points, 12 rebounds and 2.0 assists in 27 minutes spent on the court. Forward Tobias Harris closed out his night with 21 points, 4.0 rebounds and 4.0 assists in 35 minutes played. Philadelphia has won eight of its past 10 contests. They are 10-9 at home, 16-9 away and 8-11 ATS at home.

Pertaining to other encounters, in the previous three head-to-head meetings, the Clippers are 2-1 versus the 76ers. These two contenders have not played one another this season. On Apr. 16, 2021, the last time these teams met during the regular season, Philadelphia won 106-103 at Wells Fargo Center.

On another subject, Paul Reed and Jaden Springer have been assigned to the NBA G-League. In a total of 21 games played this season, Reed averaged 2.0 points, 2.2 rebounds and nearly 1.0 assist per game in the NBA. Springer played in just two games. He was selected 28th overall in the 2021 NBA Draft.

Paul Reed and Jaden Springer are on assignment in the G-League.

Nonetheless, Philadelphia will be without Danny Green for tonight’s game. He was downgraded to out due to a hip injury. The team is slowly starting to turn things around without Ben Simmons, knock on wood. That’s for all the Sixers fans. In conclusion, the 76ers are the clear choice to win at home and cover the spread. The total will go over 213. If you have never placed a bet, feel free to check out our handicap betting guide. Other NBA Picks are on the main page.