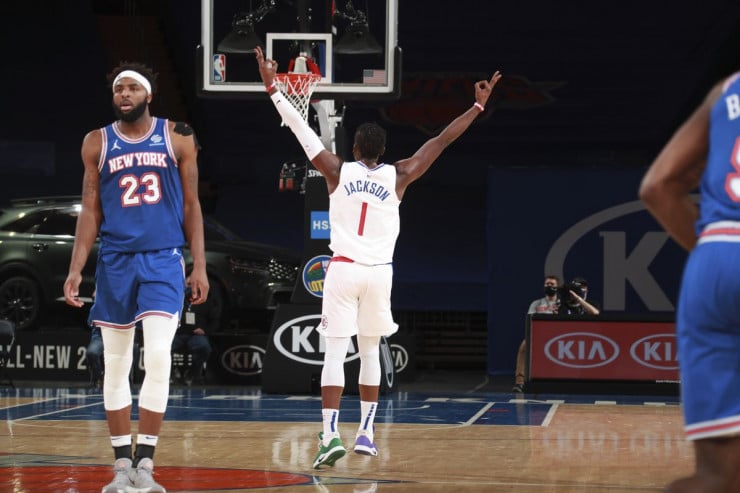 The New York Knicks will look to get back to winning ways when the LA Clippers visit MSG today. The Knicks lost 102-91 at home to the Pelicans in Thursday night and will hope they can beat a team fresh off a 102-101 win in Philadelphia. Let’s take a look at the top NBA picks and betting trends, as well as the starting lineups for tonight’s Clippers vs Knicks game.

All Clippers vs Knicks betting odds can be found at BetOnline

Clippers vs Knicks News and Preview

This is the first of two meetings between the Clippers and Knicks this season. Game two isn’t until March 7th.

The Clippers continue to be without two of their star players in Paul George and Kawhi Leonard.  They are in the early stages of long and tough 7 game Eastern road trip and this won’t be an easy game for them.

Los Angeles will be relying on their Point Guard Reggie Jackson, who leads the team in points per game (16.7)and assists (4.2) to lead the way at MSG. Jackson had 19 points, 9 assists and finished with a +/- of +10 against the 76ers earlier this week and he will be hoping for more of there same.

The Knicks on the other hand, will be looking to end a 3 game skid. They’ve had an up and down season thus far and really need to kickstart their campaign soon to keep in the hunt for the Post-season.

New York will be hoping for and expecting a big performance from their talisman Julius Randle who leads the team in most stats including points per game (18.8), assists (5.1) and rebounds (10).

The Knicks are 11-14 at MSG this season and need to start taking advantage of home court.

The ESPN Matchup Predictor gives the Knicks a 60.3% chance of taking the win on this one. It’s a tough one to call and  that’s shown here by how close ESPN have it.

The Knicks have lost the last 3 and know a win here will keep them in the running for a Play-In spot. They currently sit 0.5 games back on the Celtics who occupy 10th in the East.

This is game 2 of a 7  game Eastern road trip for the Clippers. They beat the 76ers in a close battle earlier this week and its going to be another tough game today.

Knicks fans will want a win and this would be a big win at a time in the season where they need to get back to winning ways. They’re playing at MSG and I reckon home court will come aid the men from NY. It will be close but I have the Knicks taking the win here.