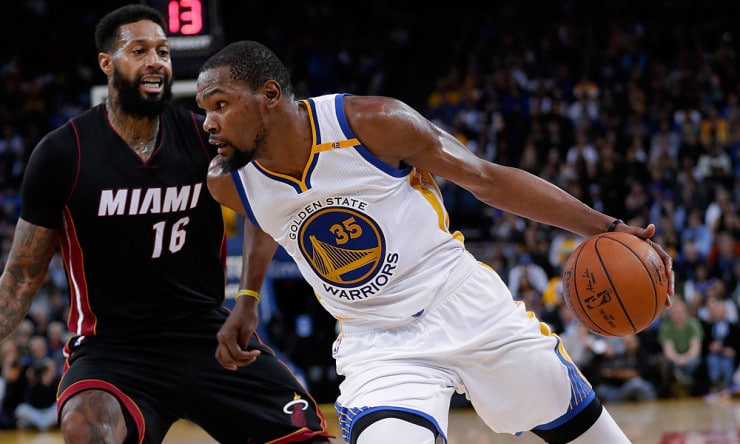 No Stephen Curry, no problem for the Golden State Warriors.

In a collective effort, the Warriors took care of the Orlando Magic in the second half, as they captured their seventh consecutive victory with a 110-100 win Monday night at Oracle Arena. Kevin Durant led all scorers with 21 points, while securing six boards and distributing a season-high eight assists in 30 minutes. Curry sat out his first game of the season due to a right thigh contusion that he sustained Saturday in a home win over the Philadelphia 76ers. Shaun Livingston received the start in his place, producing a season-high 16 points and six assists.