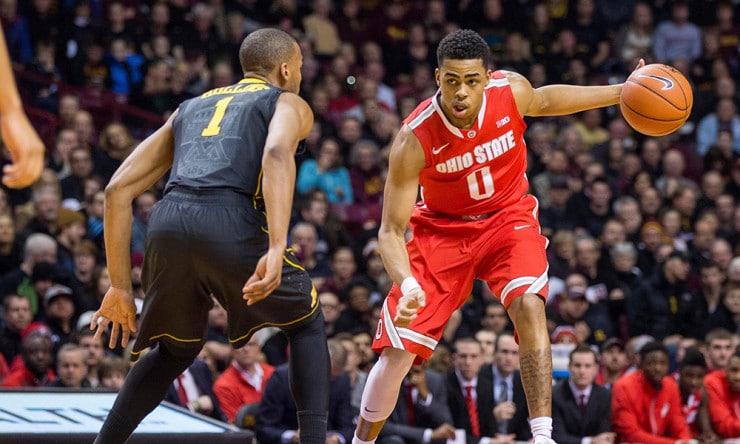 The two words spilled out of D’Angelo Russell’s mouth. The Ohio State guard then realized the implications over voluntarily comparing himself to Golden State’s Stephen Curry.

“I don’t want to sound like I’m overdoing it since he’s the MVP of the league,” Russell said on Friday at the NBA pre-draft combine. “But when I watch his game, I see myself. The plays he makes, the shots he takes and passes he makes, I see it before it even happens. I feel like that’s what separates me from a lot.”

So much that Russell declared himself “the best player in the draft.”

via Mark Medina of the LA Daily News