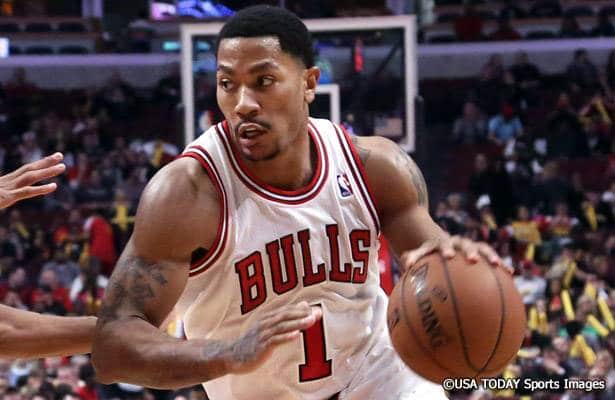 Chicago Bulls point guard Derrick Rose will be re-evaluated Friday after he injured his left hamstring late in Thursday night’s 100-93 win over the Toronto Raptors.

Thibodeau thought an MRI on the hamstring was likely for Friday, but Rose was hopeful he wouldn’t have to have one. He said he would receive ice and muscle stimulation treatments, and left open the possibility he might be able to practice Friday.

“I don’t think it’s that serious,” Rose said. “Just ice it, stim, see if I can practice [Friday] and give it a go Saturday.