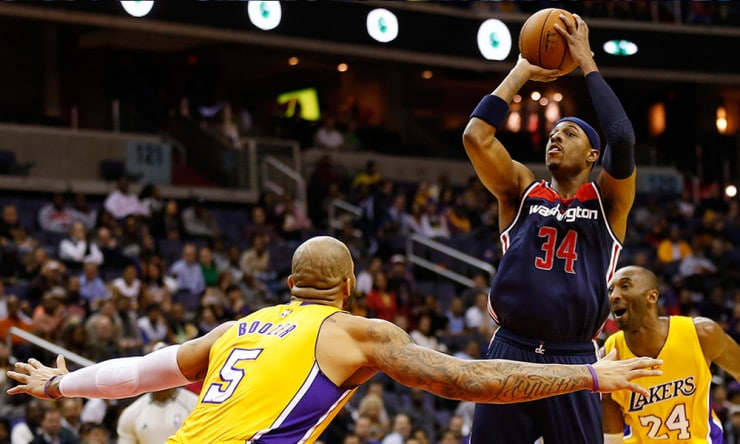 Los Angeles Clippers coach Doc Rivers said his team has plans in place to allow Paul Pierce to retire as a member of the Boston Celtics if Pierce elects to end his playing days this summer. During an appearance on The Vertical podcast, Rivers said he believes Pierce hasn’t made up his mind about his future.

“If Paul decides to retire, then we’re going to make sure that Boston picks him up for one day and he retires a Celtic, because that’s what he should retire as,” Rivers said during the podcast released Thursday. “So we have all that in place. We just don’t know what he’s going to do, I think Paul’s going back and forth on it.”