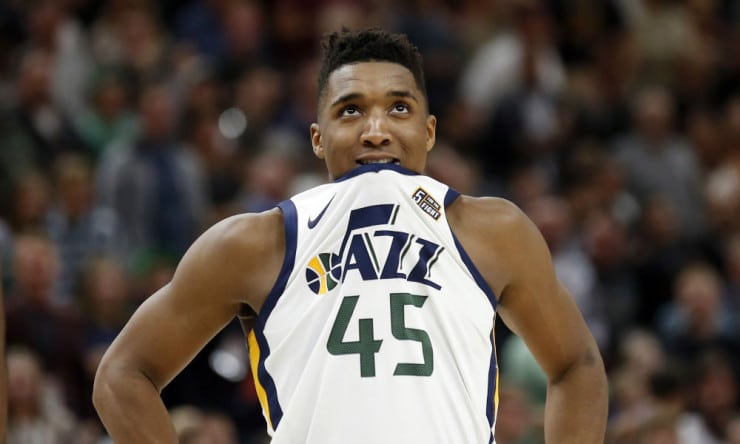 Donovan Mitchell said he feels “fine” after leaving Game 1 in the fourth quarter to get an X-ray on his left foot before returning and playing through some apparent pain in the Jazz’s 116-108 loss.

“I just stubbed my toe,” Mitchell said. “Nothing major.”

Mitchell returned with 7:47 left in the fourth quarter but was subbed out about a minute later after making a jumper and grimacing as he ran back on defense. Mitchell was visibly confused on the bench and, with the help of some teammates, lobbied to re-enter the game.

“I was just limping, and they saw me limping and thought I needed to come out,” Mitchell said, “but I was just being a baby.”

Playing in his first postseason game, Mitchell finished with 27 points on 11-of-22 shooting, plus 10 rebounds.