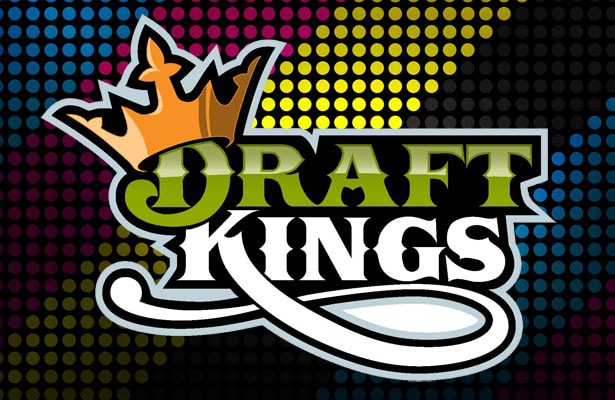 Can you beat Basketball Insiders’ Alex Kennedy in fantasy basketball? This Friday, $2 gives you the chance to win $5,000 in Draft Kings’ one-day NBA fantasy league, and any Basketball Insiders readers who finish above Alex in the rankings will win their $2 entry fee back!

Here is the team that Alex Kennedy selected: Not only will you have a shot at taking down Alex for money, you could also walk away with cash from the $40,000 prize pool.

By signing up through Basketball Insiders, your initial deposit is matched up to $600, so you can play in this league for FREE essentially. As mentioned above, beating Alex Kennedy also gets you your entry fee back as long as you sign up through us.

Our readers are winning thousands daily on Draft Kings and there’s no reason you can’t too!

Draft Kings has revolutionized fantasy sports by offering one-day leagues with big cash prizes daily in order to help turn your fantasy knowledge into serious money! No longer do you have to suffer through the grind of a six-month season in order to see some return on your fantasy skills. Now you can do so every day.

Note: You must enter this contest through Basketball Insiders’ link in order to be eligible for these prizes.

Notes from Alex Kennedy on his team:

* I was tempted to grab a big-name player like LeBron James, Carmelo Anthony or John Wall, but instead I went for more of a balanced approach. I didn’t want to put all of my eggs in one basket. Even though my team doesn’t have a ton of star power, these are players who have been productive early in the year so I’m hoping they continue to play well.

* Nik Pekovic is playing Nik Vucevic, who is the king of putting up solid numbers but then getting dominated on the defensive end. I’m also covering this game, so this should make things a little bit more interesting. If you hear screaming from the press box in Orlando, it means Pek is going off and potentially making me a rich man.

* I’ve said many times that I think Indiana will fall out of the playoffs this year, but someone has to score there and I think Donald Sloan will be that guy. He has been playing well early in the season and filling the stat sheet, and I think that will continue. He’ll have the ball in his hands a lot.

* I think Gordon Hayward will follow up his game-winning shot against the Cavaliers with a big performance against Chandler Parsons, who is another player who gives up a lot of numbers to opposing players (like Vucevic). I’m banking on Jimmy Butler going off against the Philadelphia D-Leagers as well.