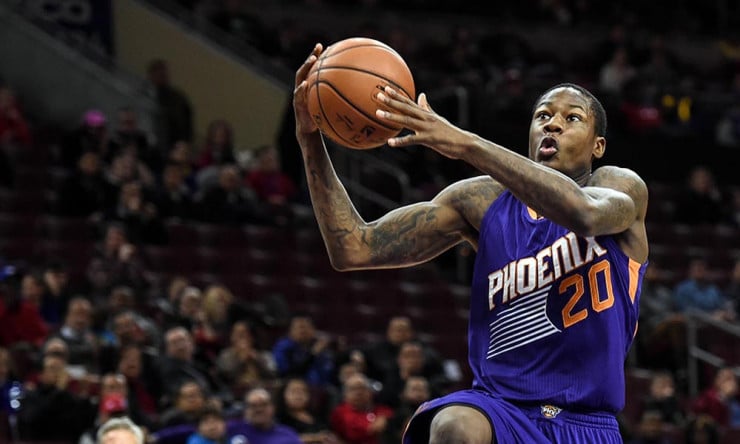 With eight games set to tip off tonight, there are plenty of options for you to choose from when building your DraftKings lineups. Each Wednesday, we’re helping you build your rosters by highlighting the players who are relatively cheap and poised to play well given their recent success or upcoming matchup.

The key to winning on DraftKings is to have several of these cheaper players on your team so that you can go out and target some of those higher-priced guys. With LeBron James, Kevin Durant and Russell Westbrook (among others) in action tonight, you’ll need some cheaper options in order to afford those guys.

If you haven’t done so already, be sure to enter our DraftKings league before 7 p.m. ET tonight. It is $3 to play (or FREE for new users) and it has a $30,000 first-place prize. Here are six bargain players to keep an eye on tonight – all of whom will cost you less than $6,000:

Smart has been playing extremely well for the Celtics as of late. He’s turned in back-to-back outings with at least 30 fantasy points and faces a great matchup tonight against a Denver Nuggets team that ranks 24th against opposing point guards.

He’s going to give you production from all over the floor, as he’s averaging 9.2 points, 4.5 rebounds, 3.2 assists and 1.7 steals per game this season. He hasn’t been starting recently for the Celtics, but is averaging 30.6 minutes over his last five games. With many of the league’s top point guards in action tonight, you may want to consider Smart in your other guard slot or at your utility position.

With so few top players at shooting guard available tonight, this could be a position you opt to go cheaper on. Caldwell-Pope has been a guy that we’ve relied on heavily this season. One reason in particular is he’s playing a ton of minutes this season: Caldwell-Pope is tied for second in the league with 37.5 minutes per game.

Considering where his price tag is at, Caldwell-Pope has been very consistent this year. Out of 12 games during the month of January, he’s scored fewer than 20 fantasy points just two times and has scored at least 25 fantasy points in six-straight games. He faces a favorable matchup tonight against the Philadelphia 76ers as they rank 24th against opposing shooting guards.

Ariza is shooting 61 percent from both the field and from three-point range over his last three games. DraftKings rewards bonus points for each three-point basket made, and Ariza has hit 19 such shots during his hot streak. He should be a player to target for one of your forward slots until he cools down.

We went with Ibaka last week and he came through for 22.5 fantasy points. Ibaka has been consistently in the 20-25 fantasy point range as of late and he’s scored fewer than 20 fantasy points just once since January 10.

He’s coming off of a 41.8 fantasy point performance last night against the New York Knicks after scoring 12 points, 17 rebounds, two blocks and two assists. The Thunder take on the Minnesota Timberwolves tonight and Ibaka recorded 33.3 fantasy points the last time these two teams met on January 15. Ibaka seems like a safe bet to roll with given his success against the Timberwolves this season.

With Cody Zeller sidelined with a shoulder injury, Hawes has made the most of his starts over the last three games. As a starter, Hawes is averaging 12 points, nine rebounds and two assists per game while shooting 46 percent from three-point range.

There are only a few of the top centers in action tonight, so if you choose against one of those guys, Hawes could be a very cheap option for you. He’s averaging 31.4 fantasy points during his time as a starter, which is great production considering his $4,600 salary.

Goodwin has taken the starting job in Phoenix and run with it. He’s coming off of a season-high 26 points last night against the Philadelphia 76ers. He also added six assists, six rebounds and two steals, which was good for 45 fantasy points.

During this three-game span as a starter in place of Brandon Knight, Goodwin is averaging 37.7 fantasy points per game. It’s clear that he should be in your lineups as long as he’s starting. Keep an eye on Knight’s status throughout the afternoon and adjust your lineups accordingly should he return tonight. If Knight is unable to go with a groin injury, look at adding Goodwin.