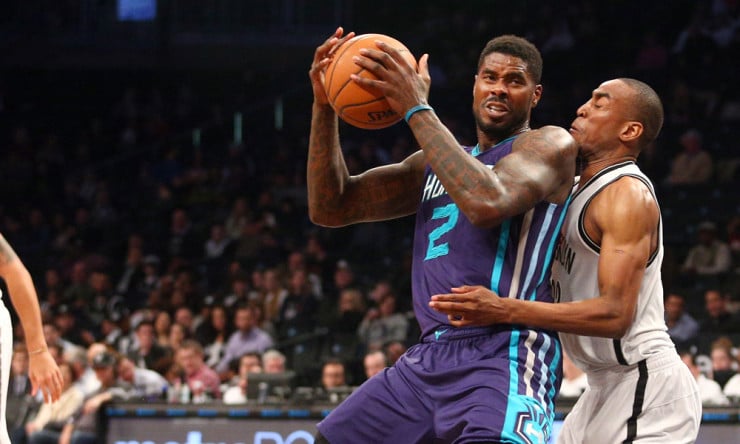 The majority of the NBA is in action tonight ahead of the All-Star break. There are 12 games set to tip off tonight, leaving you with plenty of options for your DraftKings lineups.

In order to be able to afford some of the top names for your roster, you’ll also need to have some cheaper options mixed in as well. We’re here to help you set your lineups by highlighting several players who seem poised to do well given their recent success or upcoming matchup.

Hill has been very consistent over the past two and a half weeks or so. We went with Hill last week as well, and he came through for 27 fantasy points against the Brooklyn Nets. In that outing, he contributed 13 points, four rebounds, three steals and two assists.

Since returning from the birth of his child, Hill is averaging 27 fantasy points per game in nine contests. Given his relatively cheap price tag, that’s solid production that you can count on in your lineup.

Moore is another one of those players who has benefited by moving into the starting lineup. He’s started seven-straight games for the Bulls and has been very productive during that span. Moore is averaging 12.4 points, 2.7 assists and 2.6 rebounds as a starter, which has translated to 24 fantasy points per game. He’s also shooting 48 percent from three-point range.

Bulls head coach Fred Hoiberg opted to start Moore in place of Tony Snell and has kept him there ever since. Given the new injury to Jimmy Butler, Moore should continue to be a lock to play heavy minutes. He’s averaging 33 minutes as a starter and doesn’t appear to be in danger of losing minutes any time soon.

Bazemore has been one of the most consistent players this season. He’s currently in a contract year and is playing like a guy about to get paid this summer as a free agent. Since the start of 2016, Bazemore has scored less than 20 fantasy points just three times in a span of 19 games.

Bazemore has shown the ability to do a variety of things, which can make up for low-scoring nights. He scored just five points against the Orlando Magic on Monday, but pulled down a career-high 13 rebounds and added four assists and one steal, which was good for nearly 30 fantasy points. He faces a good matchup tonight, as the Bulls rank 26th against opposing small forwards.

Over his last eight outings, Williams is averaging 32 fantasy points per game. He’s thrown in four games with over 35 fantasy points during that stretch as well. Williams and the Hornets face a very favorable matchup tonight against an Indiana Pacers team that ranks 25th against opposing power forwards.

Look for Williams to continue his solid play tonight with a great matchup ahead. Given that some of the league’s top power forwards are in action tonight, you may look to move Williams over to the forward or utility slots.

With so few options within our price range at center, we’re going to list another power forward here. Gordon has played exceptionally well since entering the starting lineup back on January 22. In 10 starts, Gordon is averaging 10.3 points, 9.6 rebounds and 2.3 assists per game, which equals 26.3 fantasy points.

He’s a prime candidate to earn the bonus points DraftKings hands out for double-doubles, as he’s recorded four double-doubles as a starter. Gordon and the Magic face off against the San Antonio Spurs tonight, and Gordon had 12 points and 16 rebounds when these two teams played each other last Monday.

Crawford has been cooking lately for the Clippers. Over his last five games off of the bench, he’s averaging 22 points per game, which has been good for at least 30 fantasy points in four out of those five games. If you need a player for the guard or utility spot, Crawford should be your guy as we head into the All-Star break.