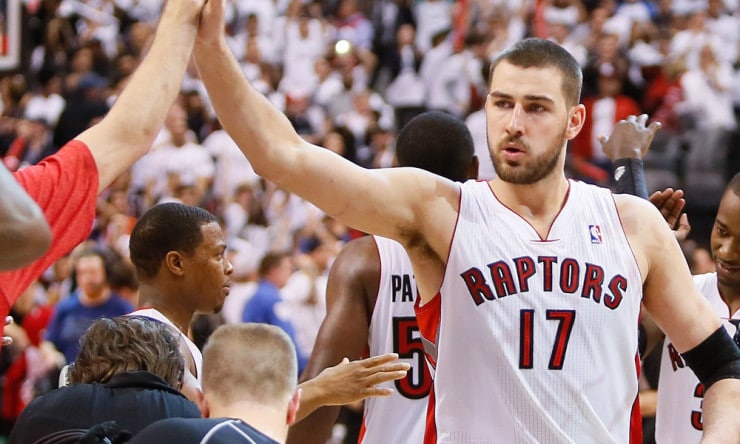 Each Wednesday, we’re helping you build your DraftKings lineups for the upcoming night of action. The point of these articles is to highlight relatively cheap players who are poised to do well given their recent success and upcoming matchup.

Everyone wants superstar players in their lineup, but in order to afford those players, you’ll need some of these value plays on your squad as well.

Parker has been a very consistent option this season. For the most part, he’s been a player that you can rely on to get at least 20 fantasy points per game and has shown that he can even give you some 30-point games as well. For that reason, we’ve relied on Parker a lot this season.

Parker has recorded at least 20 fantasy points in each of his last eight outings, and is averaging 27.5 points during that stretch. Given his recent stretch of play, he seems like a safe bet tonight considering his relatively cheap price tag.

Redick has enjoyed a very consistent stretch over his last several games. Since the beginning of February, Redick has scored fewer than 20 fantasy points just once over a span of 10 games.

Redick is one of the better three-point shooters in the league, and has been especially hot shooting the ball this season. His 48.2 percent from behind the arc is a career high, and is second in the league behind Kawhi Leonard’s 48.8 percent. DraftKings rewards bonus points for each three-pointer, which makes Redick an attractive option for you on most nights.

It seems as though Green barely skipped a beat when transitioning from the Memphis Grizzlies to the Clippers at the trade deadline. His minutes have increased in each game he’s played in, which means head coach Doc Rivers is showing a lot of confidence in him.

There are only a few of the top small forwards in the league in action tonight, so you may want to consider Green as a cheaper option. Green has thrown in a couple of 30-point fantasy outings already with the Clippers, so it seems safe to use him either at small forward or at your forward spot.

Williams has been very hot over the past couple of weeks. We highlighted Williams last week against the Cleveland Cavaliers, and he had 28 fantasy points after recording nine points, 10 rebounds, two steals and two assists.

He comes in as one of our more expensive options, but he seems poised to continue his strong play tonight against a Philadelphia 76ers team that ranks dead last in the league against opposing power forwards. Over the past couple of weeks, Williams has scored over 30 fantasy points in three games, including a 53.3-point outing last Friday.

Valanciunas is another guy that seems like a safe bet tonight given his recent play. He can contribute in a number of different ways and has proven to be a reliable fantasy option each night.

Since the calendar has flipped to 2016, Valanciunas has tallied at least 20 fantasy points in all but two games (in a of 24 total games). There are not many top-tier centers in action tonight, so Valanciunas seems like a strong play here.

LaVine faces a great matchup tonight as the Timberwolves face a Washington Wizards team that ranks 28th against opposing shooting guards. LaVine has scored at least 20 fantasy points in every game since January 19, so look for that production to continue tonight.