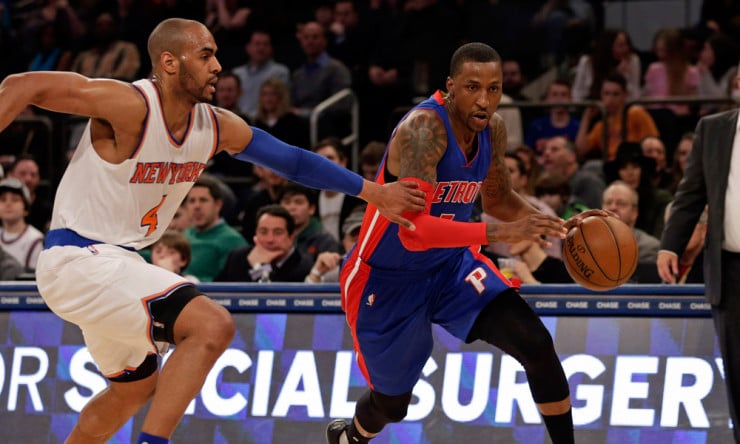 The key to winning in DraftKings is having productive players in your lineup that won’t break your budget. Of course, you want players like LeBron James, Kevin Durant and Steph Curry in your lineup, but in order to do so, you’ll need some cheaper options so you can afford those top-tier players.

Each Wednesday, we’re helping you build your lineups by highlighting some of those cheaper players that are poised to do well given their upcoming matchup. There are nine games happening tonight, which will leave you with plenty of options to use.

Here are six bargain players to keep an eye on tonight – all of whom will cost you less than $6,000:

If you’re looking for a cheaper option at point guard or at your guard position, Chalmers could be your guy. Chalmers has been playing effective basketball over the past couple of weeks and has even filled in nicely in the starting lineup in place of the injured Mike Conley.

With Conley out on Monday against the Cleveland Cavaliers, Chalmers played 41 minutes and chipped in 17 points, seven assists, four rebounds and four steals, which was good for 39.5 fantasy points. Chalmers even hit the go-ahead layup and a clutch free throw down the stretch to give the Grizzlies the win. He’ll be playing tonight with a ton of confidence, which should be enough to earn a spot in your lineup.

With so few of the top names at shooting guard in action tonight, this may be where you want to start a cheaper option. Caldwell-Pope is a guy that we’ve relied on plenty this season, and he’s come through more often than not.

One of the most attractive things about Caldwell-Pope is that he plays a ton of minutes, so he’s going to have a lot of chances to rack up fantasy points. He’s averaging 25 fantasy points per game this season and seems poised to hit that mark tonight against a Dallas Mavericks team that ranks 23rd against opposing shooting guards.

Johnson is having a resurgence of sorts since joining Miami. He’s posting better numbers (in a smaller sample size) and is helping the HEAT win ball games. Many expected Johnson to join Miami in a reserve role off of the bench, but he’s started each game he’s played in for the HEAT.

Johnson is another guy we’ve used a lot this season as he can contribute in a number of different ways. Johnson faces a great matchup tonight against a Milwaukee Bucks defense that ranks 29th against small forwards. Look for Johnson to have another solid outing tonight.

Ibaka is usually a guy you can count on to give you a solid 20-25 fantasy points or so. He’ll also mix in some performances with over 30 fantasy points from time to time as well. He’s proven to be a consistent scorer, and will also contribute to the stat sheet with rebounds and blocks.

Although Ibaka faces a tough frontcourt matchup tonight against the Los Angeles Clippers, he was still able to turn in a 30.3 point performance the last time these two teams met a week ago. He should be a solid option for you tonight as he’s had previous success against the Clippers before.

Chandler is playing some good basketball as of late, as he’s turned in back-to-back double-double performances. His minutes have increased in each of these past two games, and that trend could continue tonight.

Chandler faces a great matchup tonight as the Knicks rank 22nd against opposing centers. Suns interim head coach Earl Watson has been praising Chandler’s leadership on and off of the court recently, which could result in more minutes for the big man moving forward. With so few of the top centers playing tonight, Chandler seems like a good option that will save your budget.

Bayless figures to see a bump in playing time as Michael Carter-Williams is out for the rest of the year after undergoing hip surgery. He’s coming off of one of his better outings of the year on Monday after dropping 20 points, four assists and two rebounds, which was good for 33 fantasy points. Bayless could be a good start here coming in at just $4,500 tonight.

We encourage you to give these players a look as you build your starting lineups for tonight. If you want to enter our $200,000 contest, you must do so before 7 p.m. ET. Click here for more details.