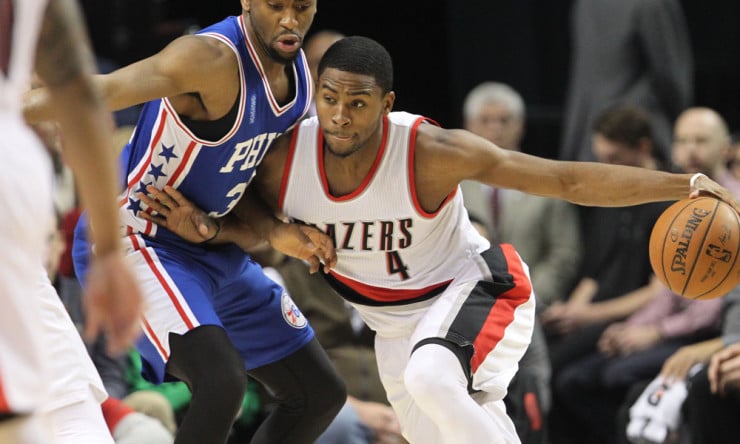 Wednesday in the NBA is typically one of the busiest nights of the week as most teams are in action. There are eight games set to tip off tonight, leaving you with plenty of options when building your DraftKings lineups.

The key to winning in DraftKings is having some cheaper players on your rosters who will perform well and allow you to afford players like James Harden, Kemba Walker and Paul George (among others). We’re here to help you set your lineups by highlighting several cheaper players who seem poised to do well given their recent success or upcoming matchup.

If you haven’t done so already, be sure to enter our DraftKings league before 7 p.m. ET tonight. It is FREE for new users! Click here to draft your team. Here are six bargain players to keep an eye on tonight – all of whom will cost you less than $6,000:

Frazier seems like a safe bet to have in your lineup for the remainder of the season. The Pelicans have been battered by injuries this season, and Frazier will be relied on heavily. Frazier began the season with the Portland Trail Blazers, but averaged less than eight minutes per game — he’s averaging 28.1 minutes in 11 games with the Pelicans.

Frazier has proven that, when given an opportunity to play extended minutes, he can contribute all across the board. He’s averaging 13.5 points, 6.3 assists and 4.1 rebounds per game during his brief stint in New Orleans, which has translated to 30 fantasy points per game. He’s been on a tear lately, as he’s averaging 37.9 fantasy points over his last four outings.

Fournier should be a player you can count on for at least 20 fantasy points or so. Outside of a few players like James Harden, Victor Oladipo and C.J. McCollum, there are really not a lot of the top names in action tonight at shooting guard, so this may be where you opt to go cheaper.

Since the beginning of March, Fournier has been a consistent fantasy option as he’s scored fewer than 20 fantasy points only four times (in a span of 17 games). He’s shown that he can get hot as well as he recorded 22 points, three assists and two rebounds on Sunday against the Memphis Grizzlies.

Harkless is another player who has greatly benefited from an increased role. After playing sparingly for most of the season, Harkless has started the past eight games in a row for the Blazers and has been a solid fantasy option in the starting lineup.

Harkless is coming off of his best fantasy performance of the season after recording 20 points, a career-high 16 rebounds, two assists and two steals last night for the Blazers, which was good for 48.5 fantasy points. In 11 games as a starter, Harkless is averaging 13.2 points, 7.5 rebounds, 1.1 steals and nearly one block per game. During his current stretch as a starter, he’s averaging 29.1 fantasy points per game.

We’re seeing many teams having to go with some of their deeper role players and Robinson fits that bill. He’s seen a huge spike in playing time over the past week or so as he’s earned the start in three out of the Nets’ last four games. He’s averaging 13.3 points and 12.3 rebounds during that stretch, which has been good for 36 fantasy points per game.

Robinson is a good candidate to earn the bonus points DraftKings hands out for double-doubles as he’s turned in four-straight double-double performances. It seems like a safe bet to continue to ride with Robinson in your lineups until he cools off. With just five games remaining for the Nets, keep Robinson on your radar as the regular season winds down.

Zeller has been playing very well over the past week or so for the Hornets. He’s turned in four-straight outings with at least 20 fantasy points, including back-to-back performances with over 30 points last week.

He turned in one of his better all around performances of the season on Sunday, recording eight points, six rebounds and five steals against the Cleveland Cavaliers. With several of the top centers in action tonight, you may want to slide Zeller into your utility spot.

Payton has been playing better in recent weeks after having an up-and-down season. Payton has scored at least 25 fantasy points in each of his last seven games. During that stretch, Payton recorded his first triple-double of the year, scoring 20 points, 10 rebounds and 10 assists, which was good for 53.5 fantasy points.

Given his ability to rebound and distribute the ball, he can go off on any given night and come close to notching another triple-double. If you are in need of a utility player or another guard, Payton could be your guy.