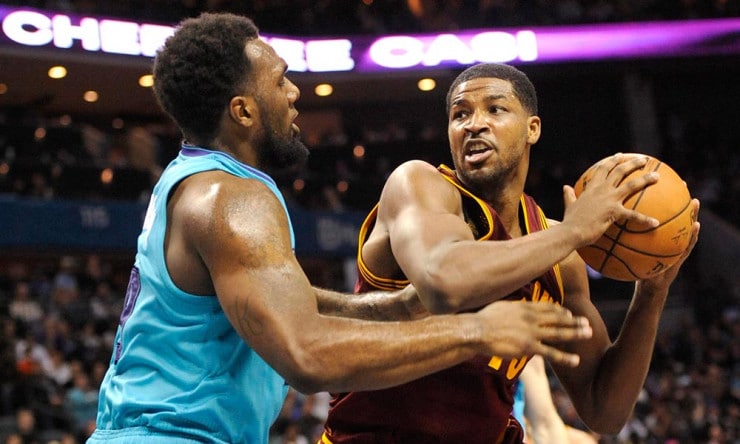 With no NBA games played last night as the league paused to give thanks, there is a full slate of NBA action this evening with 12 games on the docket.

This means there will plenty of opportunities to unearth an under-priced gem or two, which is critical to winning either large tournaments or head-to-head contests.

It doesn’t take much research to figure out that you want the stars like Steph Curry on your team. You don’t need me to tell you that. However, below we will examine solid value plays at each position that may fly under the radar of the general public. Be sure to join our DraftKings league, which has a $3 entry fee (or free for first-time users) and $30,000 in total prizes.

Bayless’ increase in value is directly related to the declining play of Bucks starting point guard Michael Carter-Williams. MCW is coming off one of his worst games as a pro. On Wednesday against the Kings, Carter-Williams missed all seven shots he attempted and had as many turnovers (four) as total points. As a result, coach Jason Kidd has been relying on Bayless to pick up the slack. Bayless is averaging over 33 minutes and 34 fantasy points per game in Milwaukee’s last two contests.

If you want to splurge on studs such as Russell Westbrook or Anthony Davis, you are going to need to find cheap options elsewhere. In Thompson, you get a guy who’s very likely to play at least 25 minutes and who has some offensive ability – he has scored 15 points and knocked down two three-pointers in two straight games.

Covington is finally rounding back into shape after a knee injury sidelined him for the early part of the season. He’s played at least 32 minutes in three straight games, and was inserted into the starting lineup on Wednesday night. Expect him to remain there, as he pulled down 14 rebounds and had six steals in that start. As we know, the 76ers have few talented playmakers on their roster, so Covington should post a high usage rate on a nightly basis. His price will eventually tick back up towards the $6,000 range; invest now while you can.

Thompson has been asked to play heavy minutes due to a shoulder injury that has kept starting center Timofey Mozgov out of action. Thompson is averaging 37 minutes per game over the Cavs’ last three contests. He’s also pulled down at least 11 rebounds in four straight games. Thompson doesn’t have the high ceiling of many more enticing players, but his playing time is consistent, as is his tremendous effort to clean the boards. Thompson is an ideal play in 50/50s, where you are only need to beat half the field.

Vucevic has played has played over 30 minutes five times this season. In each of those five games, he has scored at least 40 fantasy points, including Wednesday night’s win over the Knicks, when the double-double machine posted 22 points and 12 rebounds. It may finally be time for Scott Skiles to trust his most talented low-post scorer to handle an increased workload. Dealing with Skiles’ rotations can be unnerving, but Vooch’s upside is worth the risk at this price.

Tonight, our DraftKings league features $30,000 in prizes and it only costs $3 to play (or free for new users). Click here for more details.