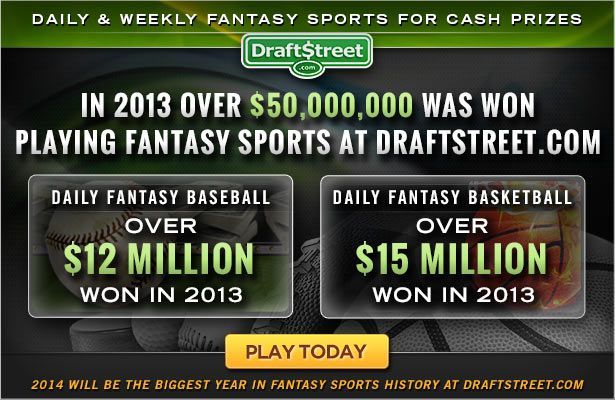 Today is the final day of the 2013-14 NBA season and it is a busy one to say the least. There are 15 games on tap today, several of which have playoff implications. By the time the night is over the playoff seedings will be set and we’ll know exactly what the road to the 2014 Larry O’Brien trophy looks like.

Coming up this weekend on the opening day of the playoffs DraftStreet is putting on a huge league with $100K in prizes. But, of course, there is a chance for you to earn money tonight as well.

Two dollars is all it costs tonight to give yourself a chance at $600!

By signing up today through Basketball Insiders your initial deposit up to $200 will be matched!

The possibilities don’t end tonight. Millions are being earned daily at DraftStreet. Naapsterman for instance won $50K recently in a one night fantasy league by drafting the following team: 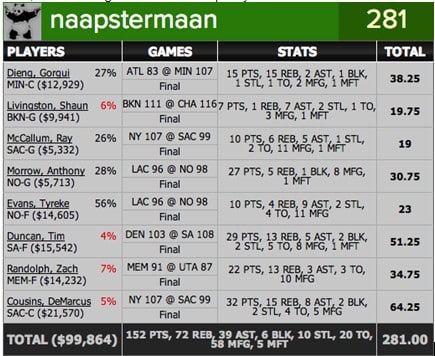 1. Create a free account with DraftStreet or sign into your existing account <— CLICK HERE TO PLAY
2. Draft and submit your team by 7 pm EST Wednesday, which consists of three forwards, three guards, one center and a utility player of any position. Players are priced based on production. You must stay under the $100,000 salary cap.
3. Finish in the top 300 and win cash!