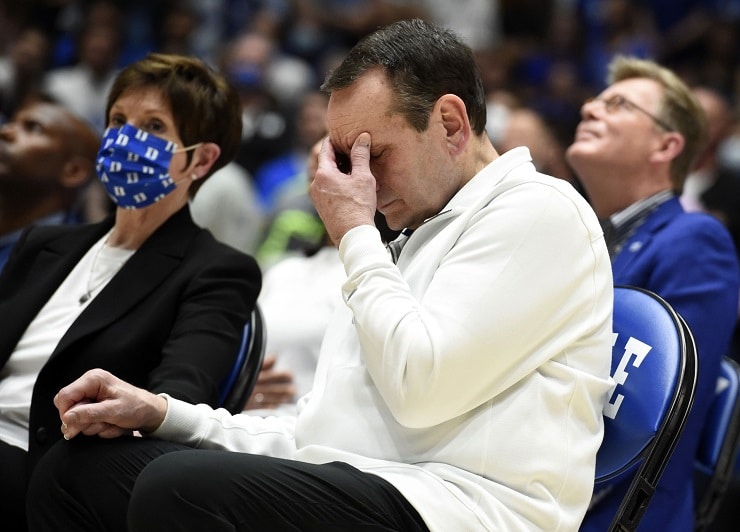 The Blue Devils and the Titans will look to advance to the second round of the NCAA tournament on Friday. This is a game that Duke should be able to take care of business in, but Cal State Fullerton has played great basketball down the stretch.

The Duke Blue Devils are going to be looking to do everything they possibly can to make sure that Coach K is going out a winner. Duke had an interesting season as they finished 28-6, but there were certainly some questions about this team and what they’re going to do in this type of tournament. They ended up losing in the ACC tournament semifinals to the Virginia Tech Hokies, where they lost by 15 points.

In that game, Duke couldn’t get many stops on the defensive side of the ball and it was the main reason they lost that game. Paola Banchero led the way in the ACC semi-finals loss as he finished with 20 points.

CSU-F Looking To Shock The World

In their most recent game against Long Beach State 49ers, where they were able to clinch a berth to the March Madness Tournament, EJ Anosike led the way with 22 points for the Titans.

If Fullerton is going to want to have any chance to compete against the Blue Devils, They’re going to have to find a way to get the job done on the defensive side of the ball. Cal State Fullerton has been an average defensive team all season long, and that will not fly against this Blue Devils team.

For this game, I’m going to have to go with the Blue Devils to cover the spread. I do think that this one could be interesting for the first 10 minutes or so, but then Duke is just going to prove to be way too much.

Duke realizes that this is coach K’s last ever NCAA tournament, so expect them to come out here and try to do everything that they possibly can to bring home a championship for their legendary coach.

Get free CBB bets for the Duke vs Cal State Fullerton game at BetOnline below.