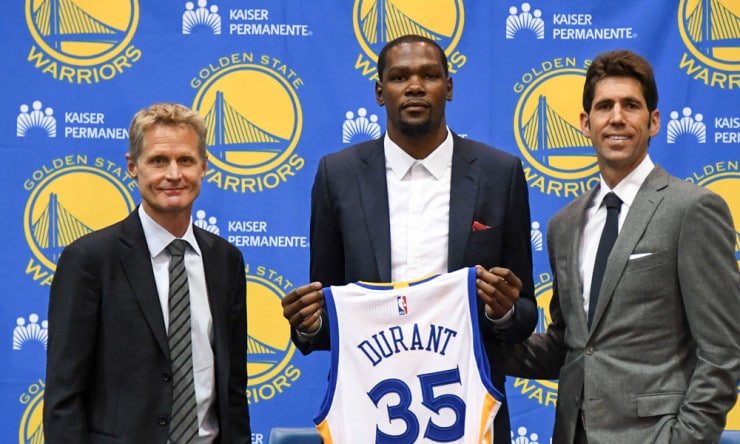 He (Kevin Durant) was booed during pre-game introductions, booed most every time he touched the ball in the exhibition opener Saturday and probably, based on evidence from Rogers Arena, booed going through customs. If border agents let him back in the United States at all, that is, when the Warriors were scheduled to return later that night.

Oh, the humanity. Durant, on top of everything else through the years, and especially through the last few months as the target of joy (for Warriors fans) and disdain (everyone else), just became the guy who could also generate emotion for an Oct. 1 game in a neutral site.