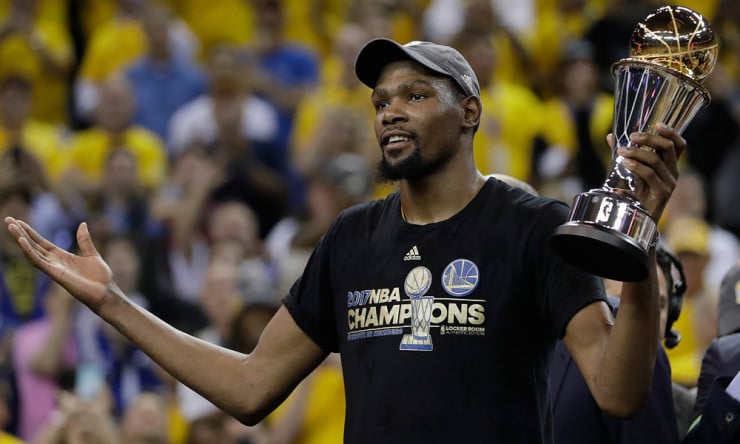 Kevin Durant thinks LeBron James will stay with the Cavs past this season. James can be a free agent at the end of this season.

“I personally always said he was staying,” Durant told Simmons, who argued James would leave the Cavs for Los Angeles. “I told him this,” Durant said. “That’s me. I feel like he’s going to end it in Cleveland. That’s his crib now. He run it and he gonna turn it into something mega when he’s done. He’s going to do something.”