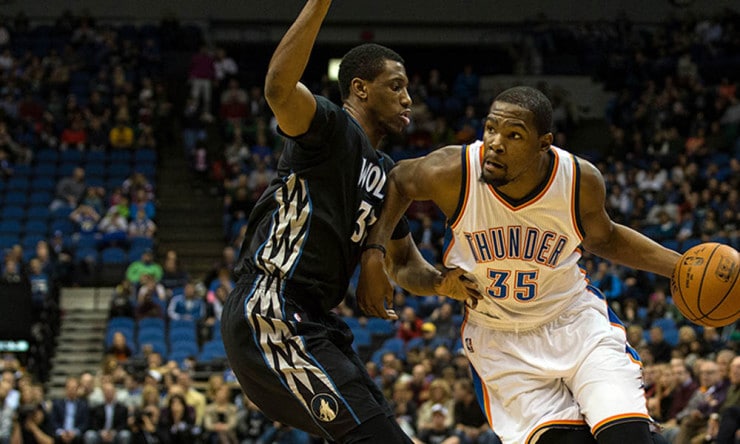 Kevin Durant, the NBA’s reigning Most Valuable Player, thinks the league’s annual awards should include players in the voting process.

Durant said during his NBA All-Star media session with reporters that the players should be the ones with the power to decide who wins awards such as MVP, Defensive Player of the Year, Most Improved and Sixth Man, among others.

“I think (the) media gets too much power to vote on stuff like that. Quite frankly I don’t think you really know a lot about as much we know about it,” Durant said when asked if MVP winners should be allowed to vote on the MVP like former Heisman Trophy winners are allowed to do with the annual award for the best college football player. “So we play against these guys every single night, we battle against these guys, we know what they say on the court, we know how they handle their teammates, we know how they approach the game, and our votes should count.”

via Ohm Youngmisuk of ESPN