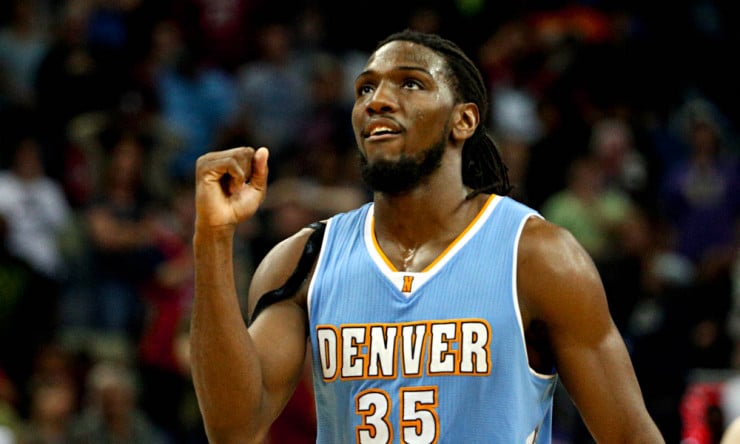 The Nuggets lost for the fifth straight game — dropping eight of their last nine — and left Oracle Arena to the scary sight of Kenneth Faried being wheeled off the floor on a stretcher after the final buzzer.

The forward appeared to be struck in the head on Klay Thompson’s go-ahead layup with 15.6 second remaining in overtime. Faried, who was gingerly helped to seated position on the floor by teammates and Nuggets staff members, was eventually strapped into a neck brace before being transported to a local hospital. Faried twice flashed a thumbs-up to applause from the remaining crowd as the stretcher left the floor.

No immediate update was available on his condition.