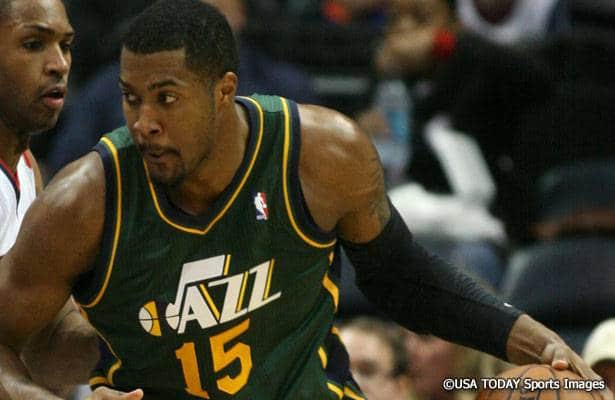 But heading into his fifth season, the Jazz big man knows that he needs to expand his offensive game and continue to evolve into a defensive and rebounding force at the other end of the floor.

To that end, Favors’ off-season has been dedicated to expanding the range on his jumper, adding moves with his back to the basket and losing weight. Favors is expected to play center in Snyder’s new offense. Largely gone are the days of him occupying the low post. Much of his time will be spent playing pick-and-roll basketball with the guards.

“When I was younger, I would try to dunk on everyone,” Favors said. “But I know that’s not possible all the time.

via Tony Jones of The Salt Lake Tribune