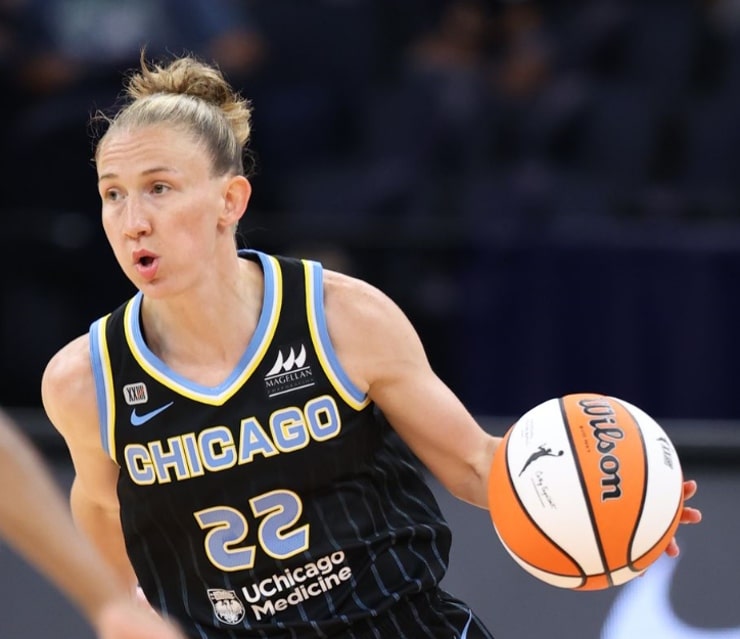 On Tuesday, Sept. 28, the Chicago Sky are playing against the Connecticut Sun and the Phoenix Mercury are facing the Las Vegas Aces; free WNBA expert playoffs picks are available. From Mohegan Sun Arena, Game 1 of the Sky-Sun series begins at 8 p.m. ET.

The Mercury-Aces Game 1 matchup starts at 10 p.m. ET inside the Michelob Ultra Arena. Both games will air live on ESPN2. In the WNBA postseason, the semifinals consists of a best-of-five series for both conferences. The odds down below were retrieved from Bovada.

The No. 1 seed Connecticut Sun host the No. 6 seed Chicago Sky. The Sun possess the best odds (+160) of winning the WNBA championship, and the team is a seven-point favorite. They finished their regular season with a league-best record of 26-6. They are currently on a 12-game winning streak. Their last loss was on Aug. 12, 2021, when the Seattle Storm defeated them 79-57. In the regular season, Connecticut finished 1-2 versus Chicago. Also, the Sky won two consecutive games against the Sun in Chicago.

Moreover, in the Sun’s 89-76 road win over the Minnesota Lynx, guard Courtney Vandersloot scored a team-high 19 points in 31 minutes played. She also earned 5.0 rebounds and 5.0 assists. Plus, forward Kahleah Cooper walked off the court with 16 points, 10 rebounds and 4.0 assists in 29 minutes played. They held the Lynx to only 15 points in the second quarter. Other free WNBA expert playoffs picks are accessible on the main page of Basketball Insiders.

Sky: There are no reported injuries for Chicago.

Sun: Guard DeWanna Bonner is listed as questionable to play in Tuesday’s game. She left the last game due to a back injury.

For notable betting trends, the Sky are 5-10-1 ATS in their last 16 games played. They are also 4-2 straight up in their past six games, 9-4 in their previous 13 road games and the total has gone over in six of Chicago’s last nine games.

To add to these betting statistics, the Sun are 5-0 ATS and and 5-0 SU in their past five games. The total has also gone under in 10 of Connecticut’s previous 13 home games. Not to mention, they are 1-5 ATS in their last six games played at home versus the Sky. Upon further review of these aforementioned betting trends, pick the Sun to win. The total will go over 162.5 and Connecticut will cover the spread.

The No. 2 seed Las Vegas Aces host the No. 5 seed Phoenix Mercury. The Aces are 5.5-point favorites. On top of finishing with a record of 24-8 in the regular season, the Aces went 2-1 versus the Mercury. Phoenix had their 10-game winning streak snapped by Connecticut in the regular season. So, they avoided the Sun for now. In the last 10 head-to-head meetings, the two teams are 5-5 against one another.

Furthermore, in the Mercury’s 85-80 overtime road win over the Seattle Storm, center Britney Griner had a team-high 23 points and 16 rebounds in 41 minutes on the court. Ranking second in points, guard Skylar Diggins-Smith ended her day with 20 points, 7.0 rebounds and 6.0 assists in 43 minutes.

Despite the team’s nine-point, low-scoring performance in the second quarter, they managed to force overtime. That was a big win for Phoenix. The Storm were 7-3 in their last 10 head-to-head meetings versus the Mercury prior to playing them in the second playoff round.

Mercury: There are no reported injuries for Phoenix.

Aces: Forward Angel McCoughtry is listed as questionable versus the Mercury. She is still recovering from a knee injury.

Leading into this semifinals series, the Mercury are 12-6 ATS in their last 18 games. They are also 12-3 overall in their past 15 games, 7-1 SU in their previous eight road games and 8-1 SU in their last nine games played away in Las Vegas. The total has gone over in five of the team’s past five games when playing on the road versus the Aces.

As for Las Vegas, they are 7-1 SU in the team’s past eight games. Plus, the Aces are 5-0 SU in their last five home games, 1-8 SU in their previous nine home games versus Phoenix and the total has gone over in eight of the team’s last 11 home games. Pick the Aces to win Game 1. Though, the Mercury will cover the spread and the total will go over 170.5. Excluding the main page, other free WNBA expert playoffs picks are viewable here.