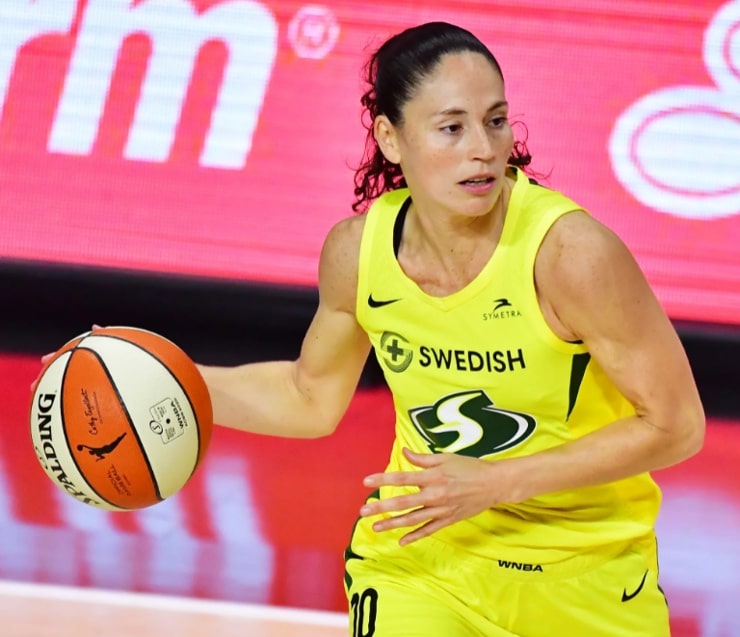 Them
Join our Telegram channel for our exclusive free betting tips, picks and offers.

On Sunday, Sept. 26, the Phoenix Mercury are facing the Seattle Storm and the Chicago Sky are playing against the Minnesota Lynx; free WNBA playoffs picks are available. It is now the second round of the 2021 postseason.

The Mercury-Storm playoff game begins at 3 p.m. ET on ABC, whereas the Sky-Lynx postseason game starts at 5 p.m. ET on ESPN2. The odds down below were taken by Bovada. Other free WNBA playoffs picks can be found on the main page.

Leading into this second-round postseason matchup, the Mercury are projected to win this thriller by three points on the road. Though, Seattle is 7-3 in the past 10 head-to-head meetings. Not to mention, with an average of 35 rebounds in these games, the Storm out-rebounded the Mercury. The Storm are one of the best teams at home this season.

Therefore, home court advantage is something to think about. The Mercury have not defeated the Storm since Jul. 9, 2021, when they won 85-77 at the Footprint Center. Furthermore, Phoenix is 11-5 against the spread this season and 12-4 away overall. On the flip side, the Storm are 5-12 ATS at home and 12-5 straight up at home overall.

Mercury: Guard Dianna Taurasi is listed as questionable for Sunday’s game due to an ankle injury.

Storm: Forward Alanna Smith is also listed as questionable to play because she is quarantining. She either tested positive for COVID-19 or was in close contact with someone who did.

In Sunday’s playoff matchup at the Target Center, the Lynx are projected to defeat the Sky by at least six points. Though, oddsmakers might be underestimating Chicago’s ability to win on the road. While the Lynx are 7-3 in their past 10 head-to-head meetings versus the Sky, Chicago did win 105-89 on Jul. 15, 2021. Also, the total went over in the past three games.

Sky: There are no reported injuries for Sunday’s game.

Lynx: Center Damiris Dantas and guard Rennia Davis are both out for the season due to foot injuries.

It should go without saying that Minnesota is on four-game winning streak, too. Their 13-3 home record for the season should not go ignored. For those interested in picking Chicago to upset Minnesota, the Sky are 10-6 away this season. So, based on the betting records, pick the Lynx to win and expect the total to go over 165.5. Other free WNBA playoffs picks are available at Basketball Insiders.

The BitCoin Sports Welcome Bonus helps bettors earn a 75% bonus up to $750 with the Bovada bonus code: BTCSWB750. Unfortunately, Bovada is not available in Delaware, Nevada, New Jersey and Maryland. There are three important steps to claim a bonus code.