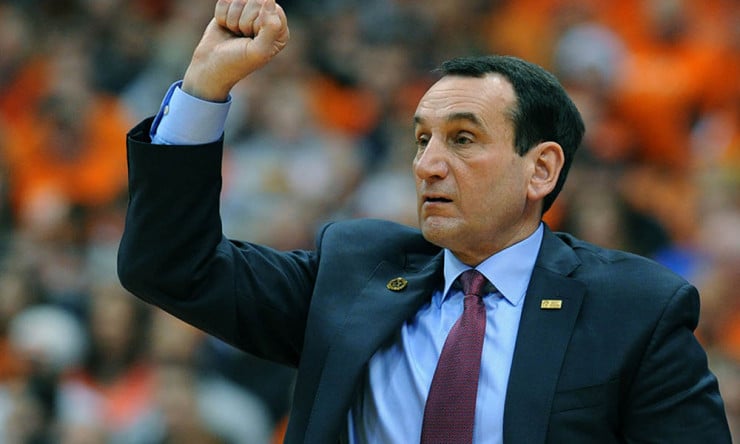 According to multiple NBA executives, (Grayson) Allen likely would have been a first-round pick a year ago after a sophomore season in which he averaged 21.6 points and shot 42 percent from 3-point range. Now, most of those same executives tell ESPN that the junior guard projects as a mid-second-round pick — if he opts to leave after this season.

“I knew with the decision I made, once I made it, I was going to live with it,” Allen said Thursday prior to the team’s first-round NCAA tournament game.

“For me, I’m making best of the situation. I didn’t come back for personal goals, I came back to be in the spot I am right now and trying to make another run for a national championship, and I’m still able to do that. So there’s no regrets there.”