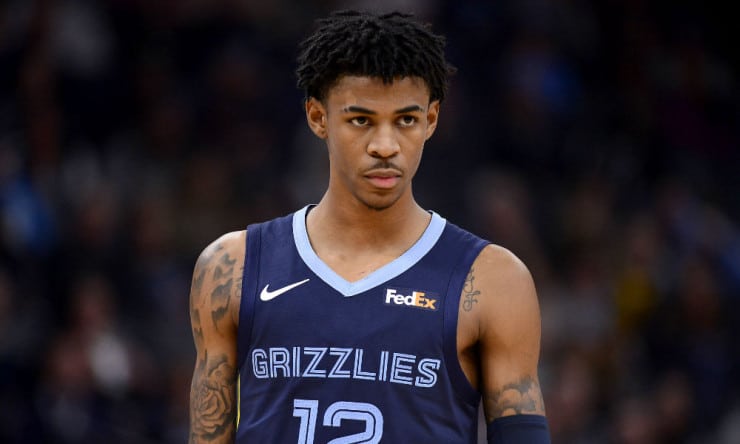 The Memphis Grizzlies look to ride on Ja Morant’s hot hands anew as they take on the Portland Trail Blazers on Wednesday at Moda Center. Check out below BetOnline odds for this game.

Jacob Ellerbee of FanSided Blog Beale St. Bears identified one glaring flaw on the Grizzlies, which he believed would prevent the team from contending in an ultra-competitive Western Conference. He pinpointed the Grizzlies’ lack of offensive production from the bench as the team’s Achilles heel so far this season. Nevertheless, he’s hoping Dillon Brook’s return in the lineup could provide what the team is lacking at the moment.

The Trail Blazers head coach Chauncey Billups called their 30-point blowout loss to the Clippers embarrassing, saying his team didn’t start with the right mindset and was lacking effort the entire game.

“We played like we were tired today, but there was no reason to be tired,” Billups said in the press conference via Casey Holdahl of Trailblazers.com. “We’re in striking distance at halftime. We turned it over a ton, we weren’t playing very well. Talked about it at the half, showed a few clips at the half and we didn’t respond. We never competed like we wanted to win the basketball game, and that’s disappointing.”

The Grizz are playing on an elite level through their first three games. After outslugging the Cavaliers, 132-121, and the Clippers, 120-114, Memphis engaged in an all-out slugfest with the Lakers before they came up short, 121-118, on Monday. Ja Morant was the brightest star of that night, exploding for 40 points on 13-for-21 shooting and ten assists. The athletic guard is producing eye-popping numbers through the first four games as he averages 35.0 points on 58 percent shooting and 81 percent from the free-throw line with 8.0 assists per contest.

Ja Morant’s 1st week highlights looks like an end of the year mixtape ?

Morant’s terrific start to the season will make his showdown with Blazers star Damian Lillard even more interesting. Lillard, who made the NBA 75th Anniversary Team, isn’t delivering the kind of numbers basketball fans used to see from him every night. The All-Star guard averages 17.0 points on a cold 36 percent shooting and 8.3 percent from beyond the arc. In the 116-86 loss to the Clippers, Lillard only contributed 12 points on a miserable 4-for-15 shooting and 0-for-8 from deep.

The Grizzlies and the Blazers played all three regular-season meetings last April, with the former winning two of three contests. In the final reg-season face-off, the series had seen tight battles between the two teams in the first two games before Grizzlies pummeled the Blazers, 130-109. That victory was crucial in helping the Grizzlies secure the final playoff spot in the West last season.

The way they are playing right now, the Grizzlies seems poised to beat the home team comfortably. Morant is expected to pace their offense anew while Jarret Jackson Jr. and Steven Adams hold their ground in the interior.

ATS and O/U: Grizzlies covering the spread and going OVER: Memphis are 3-0 ATS and 3-0 O/U this season.