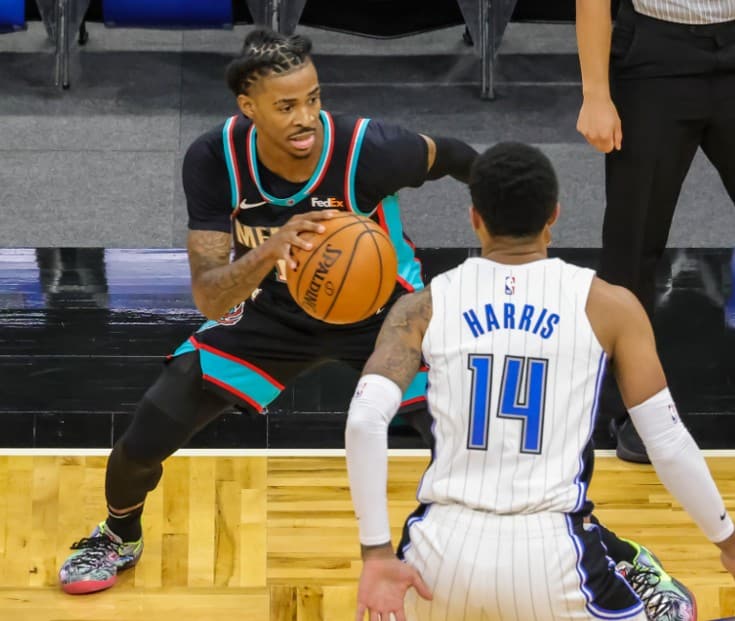 In Saturday’s late afternoon mismatch, the Memphis Grizzlies (36-18, 35-19 ATS) are facing off versus the Orlando Magic (12-41, 24-29 ATS); NBA picks are available here. Can the Magic defeat the Grizzlies at home for the seventh consecutive time? Along with the starting lineups, our top NBA picks and betting trends are featured below.

All Grizzlies vs Magic betting odds can be found at BetOnline

Furthermore, in the Grizzlies’ 120-108 road win over the Knicks on Wednesday, forward Jaren Jackson Jr. added one more double-double to his career total. He finished with 26 points, 10 rebounds and 1.0 assist in 34 minutes spent on the court. Guard Ja Morant closed out his performance with 23 points, 4.0 rebounds and 9.0 assists in 37 minutes played. Memphis has won six of its past 10 contests. Factoring in this victory, the Grizzlies are now 17-9 away, 19-9 at home and 18-8 ATS on the road.

On Wednesday, in the Magic’s 119-118 road win versus the Pacers, Gary Harris led his team in scoring. He ended his performance with 22 points in 32 minutes of action. Forward Wendell Carter Jr. closed out his night with another double-double, accumulating 19 points, 18 rebounds and 2.0 assists in 34 minutes played. Orlando has won four of its last 10 games. After this surprising win, the team is 5-18 at home, 7-23 away and 7-16 ATS at home this season.

According to ESPN’s Basketball Power Index, the Grizzlies have a 67.3% probability of winning.

Regarding other head-to-head outcomes, in the previous three meetings, the Magic are 2-1 against the Grizzlies. On May 1, 2021, the last time these teams played one another during the regular season, Orlando won 112-111 at Amway Center. Today’s matchup is the first encounter for these two teams this season.

In other news, Grizzlies’ guard Ja Morant was added to the team’s injury report on Friday. He is currently dealing with soreness in his right foot. Thus far, in a total of 41 games played this season. the third-year player has averaged 26.3 points, 5.9 rebounds and 6.9 assists per game.

When playing at home, the Magic have won their last six consecutive matchups against the Grizzlies. Entering today’s contest, Memphis is a 7.5-point favorite. This game has the word “upset” written all over it. However, to play it safe, contemplate picking the Grizzlies to win, the Magic will cover the spread and the total will go over 223.5. If you want to learn more about sports betting, skim through our handicap betting guide. Other NBA Picks are on the main page.