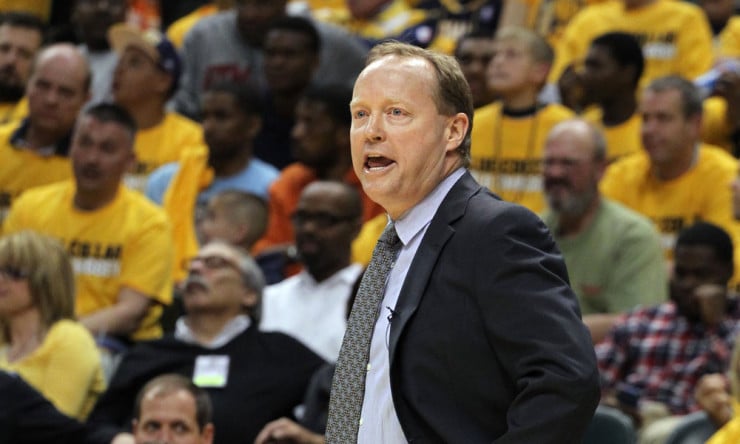 Hawks coach Mike Budenholzer was escorted to the locker room late in the first half of Tuesday night’s preseason win over New Orleans after being bowled over by Pelicans guard Langston Galloway, who was chasing a loose ball.

Budenholzer already had his right hand in a brace and his arm in a sling after suffering a broken finger that required surgery Monday. The second-quarter collision with Galloway knocked Budenholzer over the first row of seats and into the media seating. Budenholzer was helped to his feet and sat on the bench for a few minutes, grimacing in pain, before being escorted to the locker room. He did not return to the game.