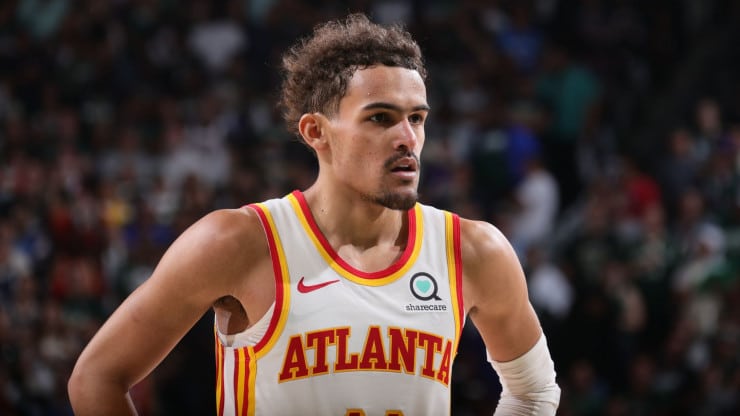 The Phoenix Suns go for their fourth straight win at the expense of the struggling Atlanta Hawks on Saturday, 10 PM, at Footprint Center in Phoenix, Arizona.

For bettors looking for the best Moneyline, ATS, and O/U betting odds out there, check out BetUS.com.

Trae Young has drawn a handful of criticism from basketball fans following his comments about losing the motivation to play through a “boring regular-season.” After leading the Hawks to the Eastern Conference finals last season, Young has had a sluggish start through the first three weeks. The 22-year-old guard is averaging 22.4 points and 9.2 assists per game but shooting a measly 40.7 FG% and 25.5 3PT%. NBA writers believe a tweak in how referees call his patented move contributed to Young’s struggle this season. This offseason, the NBA announced an interpretive change in the officiating of overt, abrupt, and abnormal non-basketball moves, which prolific offensive players had exploited in the previous seasons to fish fouls off their defender. That won’t stop Young from saying something uninspiring for a player coming off his first-ever playoff appearance.

“We’re no longer the hunters. It’s (the) regular season. I’m not going to lie, it’s a lot more boring than the playoffs. You got to find that motivation to play like the playoffs,” Young said.

The Suns have also found themselves at the center of controversy as of late. ESPN writer Baxter Holmes dropped a bombshell report alleging team owner Robert Server of racism, misogyny, among other things that made the organization toxic for both the players and workers the last 17 years.

As a response, Phoenix released a statement from Server himself, denying all the accusations and attacking Holmes’ reputation as a journalist.

In 2018, I sat with Earl Watson and he revealed the ultimatum he was given to keep his job with the Phoenix Suns. @Baxter goes into great detail on that situation and the toxic, racist work environment created by owner Robert Sarver. https://t.co/EMkuic0a5w pic.twitter.com/gC29jFZYPI

The Hawks are still searching for their first win on the road after failing in their first four tries. Atlanta is kicking off a tough four-game road trip during which they will play title contenders in the West. After taking on the Suns Saturday, they will play Golden State Warriors, Utah Jazz, and Denver Nuggets before returning home to face the Milwaukee Bucks a week now. This schedule will serve as a test of character for a Hawks team that is trying to build on the gains of their Eastern Conference finals experience last season.

The Suns, on the other hand, are finally playing like a contender again after picking three consecutive wins this past week. Fresh from their first final appearance in years, Phoenix played flatfooted through the initial few games. However, head coach Monte Williams didn’t take long to right the ship and get his team back at playing winning basketball once again. Phoenix rolled over the Cavaliers (101-92), the Pelicans (102-100), and the Rockets (123-111) to post three consecutive wins for the first time this season.

The Hawks had the Suns’ number after beating the Western Conference champion twice last season. In both games, Atlanta came in as underdogs and out as the winner. It’s interesting to see how that wrinkle will play out this time around, with the Suns gaining momentum in each win.

Sure, Young is in the middle of an early-season shooting funk. Nevertheless, he remains a threat to any team in this league because of his ability to score on three levels and get his teammates involved. Strong output from him right off the gates will allow the Hawks to go basket-for-basket with the home team early on. The Suns will be trying to contain the Hawks star by sending a double or triple team to him, while Chris Paul and Devin Booker wreak havoc on the other end. Once the game reaches the last five minutes, the Suns will begin applying tight defense to rattle the visitors into committing costly turnovers down the stretch.

Apart from betting on NBA games, BetUs.com offers customers a wide range of wagering options along with its online slots and a full online casino experience.