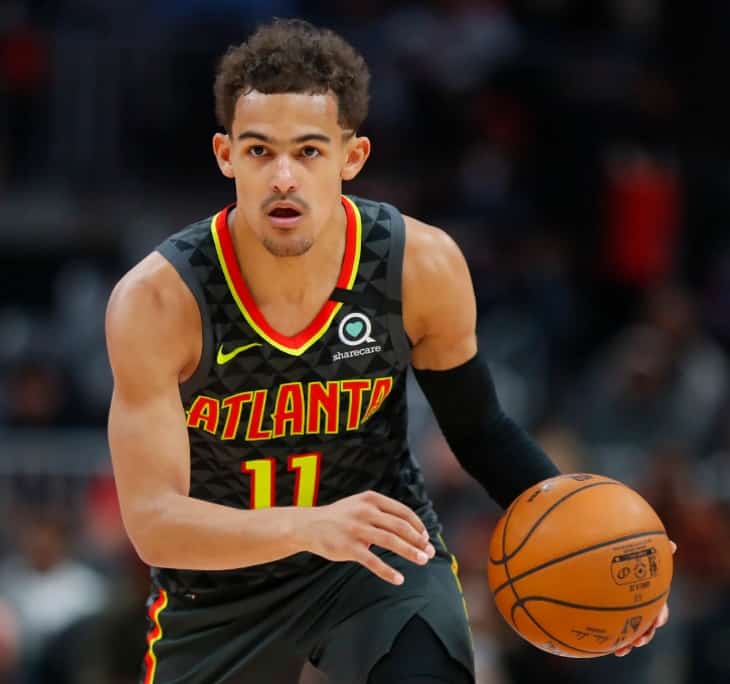 On Thursday, Oct. 14, 2021, the undefeated Miami Heat (4-0) are playing the Atlanta Hawks (1-2) at State Farm Arena. The is the final preseason game for Atlanta, whereas Miami’s final exhibition contest for the 2021-22 NBA season is tomorrow against the Celtics. BetOnline odds are featured below.

Heading into tonight’s preseason matchup, in the previous three head-to-head meetings, the Hawks are 2-1 versus the Heat. On Apr. 23, 2021, the last time these teams faced off, Atlanta won 118-103 at home. Anyways, the top story for tonight’s intraconference matchup pertains to injuries and resting players. Late Wednesday, Atlanta’s Clint Capela was listed as questionable. But, he is now off the injury report.

An @emoryhealthcare injury report for tomorrow’s game vs. Miami (2/2):

For the Heat, they have 11 players out for tonight’s preseason game. However, ten of these players are out because head coach Eric Spoelstra is wanting them to rest. The regular season for the 2021-22 NBA season begins next Tuesday. Regarding the injury report, this includes Bam Adebayo, Jimmy Butler, Dewayne Dedmon, Marcus Garrett, Tyler Herro, Kyle Lowry, Markieff Morris, Duncan Robinson, PJ Tucker and Omer Yurtseven. Also, Victor Oladipo is out due to a quadriceps injury.

Likewise, the Hawks could be missing several players as well. They have three players out tonight: Clint Capela, Danilo Gallinari and Onyeka Okungwu. And, Kevin Huerter and De’Andre Hunter are listed as questionable to play. Since this is the final preseason matchup for the Hawks and the Heat are resting multiple stars, Atlanta is favored.

On Monday, in the Heat’s 104-103 home victory over the Hornets, center Bam Adebayo led the team in scoring, putting up 18 points, 5.0 rebounds and 1.0 assist in 26 minutes played. Guard Kyle Lowry accumulated 15 points, 3.0 rebounds and 5.0 assists in 26 minutes on the court. The Heat did enough to win their fourth exhibition matchup. That’s the bottom line.

Additionally, on the stat sheet, Miami shot 39-for-93 (41.9%) from the field and 14-for-42 (33.3%) from three-point range. Not to mention, the Heat won the turnover battle. If they can play with as much intensity in the regular season as they have during the preseason, the team will be one of the top contenders in the Eastern Conference.

Meanwhile, last Friday, in the Hawks’ 91-87 road win over the Grizzlies, John Collins and Bogdan Bogdanovic each scored 16 points. Collins also ended his performance with 12 rebounds in 25 minutes spent on the court. Danilo Gallinari had 11 points, 10 rebounds and 2.0 assists in 21 minutes as well.

Based on shooting accuracy, they finally outplayed an opponent during the preseason. They shot 33-for-85 (38.8%) from the floor and 12-for-30 (40%) from behind the arc. The Grizzlies are usually one of the more challenging teams to defeat at home. So, this was a good win.

Furthermore, the Heat scored 104 points versus the Hornets, while the Hawks finished with 91 points against the Grizzlies. This is a total of 195 points. For Thursday night’s preseason contest, the total is set at 212. Considering all the players the Heat have listed out on the injury report, if the total goes over, Atlanta is likely to cover the spread. Though, bettors taking the under is understandable.

For betting trends, the Heat are 8-4 against the spread in their last 12 games. The team is also 1-4 straight up in their past five games. Plus, the total has gone over in 12 of Miami’s previous 16 contests. And, the team is 1-4 SU in their last five games played against Eastern Conference opponents.

As for the Hawks, the total has gone under in seven of the team’s past nine games. Atlanta is also 13-7 in the team’s last 20 games played. To add to these betting statistics, they are 15-3 SU in their previous 18 games. Keep in mind, once again, these trends do not include exhibition games.

Pick the Hawks to win at home; the total will go over 212. The Hawks are 11.5-point favorites with BetOnline.