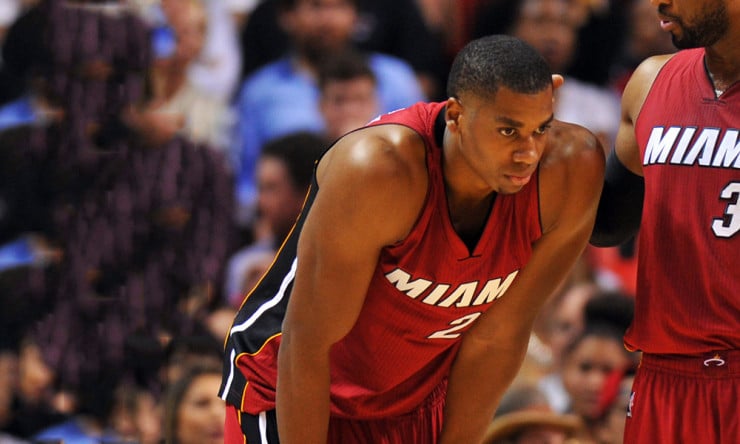 He (Miami HEAT Hassan Whiteside) was ejected in the second half of Monday’s 100-90 loss to the Boston Celtics at AmericanAirlines Arena, marking his second early exit in five games. Whiteside, who has already been fined $36,000 this season, will almost certainly have to open up his checkbook again.

Instead of getting back on defense, Whiteside complained about the officiating at the other end. The Celtics, with the help of two offensive rebounds, pushed the lead to 66-58 on a dunk by Brandon Bass.

That led to even more frustration for Whiteside, who body-checked Kelly Olynyk to the ground under the baseline on the next possession. After reviewing the play, it was ruled a Flagrant 2 and resulted in Whiteside being ejected with 2 minutes, 45 seconds remaining in the third quarter.

via Shandel Richardson of the Sun Sentinel