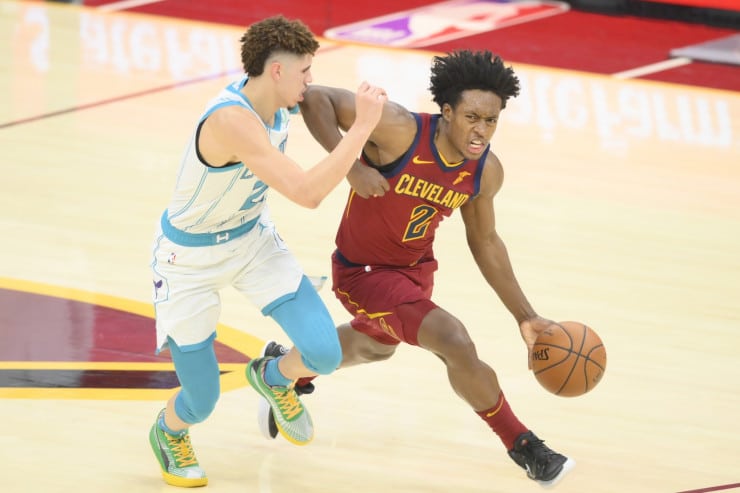 The Charlotte Hornets will head on the road to Rocket Mortgage Fieldhouse in Cleveland, Ohio for an Eastern Conference clash versus the Cleveland Cavaliers.

Both teams will be playing their second game of the regular season in this contest. Charlotte comes into Friday’s contest with a 1-0 record while Cleveland dropped its season-opener on the road against Memphis.

Can the Hornets remain competitive on the road against the Cavaliers on Friday evening?

At Basketball Insiders, we get all of our game lines and information from the best betting sites.

All of the game lines that are featured below are taken from Bovada.

Prior to the regular season, Charlotte signed guard LiAngelo Ball to a nonguaranteed contract and waived him the next day. The move paves the way for him to eventually sign with their G League team, according to ESPN. Ball, the brother of LaMelo and Lonzo, performed better than expected during his preseason stint with the Hornets and had a strong showing in the NBA Summer League. In five games during the Las Vegas Summer League, he averaged 9.6 points, 2.0 rebounds, and 1.6 steals per game in 17.4 minutes.

On the other end, Cleveland appears ready to move on from shooting guard Collin Sexton after the two parties failed to reach a deal on an extension during the offseason. While Sexton is taking it as added motivation, the Cavaliers may be preparing for a future without the No. 8 overall pick in the 2018 NBA Draft.

Charlotte came into the season with a relatively healthy roster. Guard Terry Rozier is the only Hornets player noted on the injury report for Friday’s contest. Rozier was nursing an ankle injury and missed Wednesday’s season-opener against the Indiana Pacers. He was downgraded from “probable” to “out”, so there is a chance that he will be ready to go for Friday’s contest in Cleveland.

Cleveland comes into the regular season with no players on the injury report.

LaMelo Ball finished with 31 points and hit seven 3-pointers to help lead the Hornets to a 123-122 win over the Indiana Pacers on opening night. Ball also had nine rebounds and seven assists for the Hornets, who used a 24-0 run to erase a 21-point deficit and escape with the win. Gordon Hayward had 27 points for Charlotte, which finished 13-for-31 (41.9 percent) from 3-point range on the night.

In Wednesday’s win, Ball became the youngest player in NBA history with at least 30 points, five rebounds, and five assists in a season-opening game. The victory was Charlotte’s first win in a season-opener since 2019.

Evan Mobley has an encouraging debut in a loss versus Memphis

The Cavaliers opened the 2021-2022 NBA regular season on Wednesday night with a 132-121 loss on the road against the Memphis Grizzlies. Jarrett Allen finished with 25 points on 11-for-11 shooting while No. 3 overall pick Evan Mobley chipped in 17 points, nine rebounds, and six assists for the Cavaliers, who allowed Memphis to shoot 53 percent from the field and 14-for-33 from beyond the arc on the night.

Despite dropping its first game of the season, there were some encouraging signs for the Cavaliers. Mobley displayed his versatility on both ends of the floor, flashing potential as a playmaker and floor spacer on offense while using his length to defend multiple positions and challenge shots on the defensive end. While he’s still filling out his massive 6-foot-11 frame, the 20-year-old was effective as a stretch four alongside Jarrett Allen and played some center alongside Lauri Markanen as well.

The Hornets are a young team that is still learning how to win but they showed some resolve in their season-opening win versus Indiana. Ball helped orchestrate a massive run and hit several big shots down the stretch to help Charlotte come away with the win. Cleveland’s season will likely be determined by its experiment to pair Allen, Mobley, and Markanen together in the frontcourt. That trio will likely have a hard time getting out to challenge Charlotte’s 3-point shooters in this game, which bodes well for the Hornets’ chances on the road here. Take Charlotte to cover the spread on the road in Cleveland on Friday night.

Take the Hornets to cover the spread at Bovada.