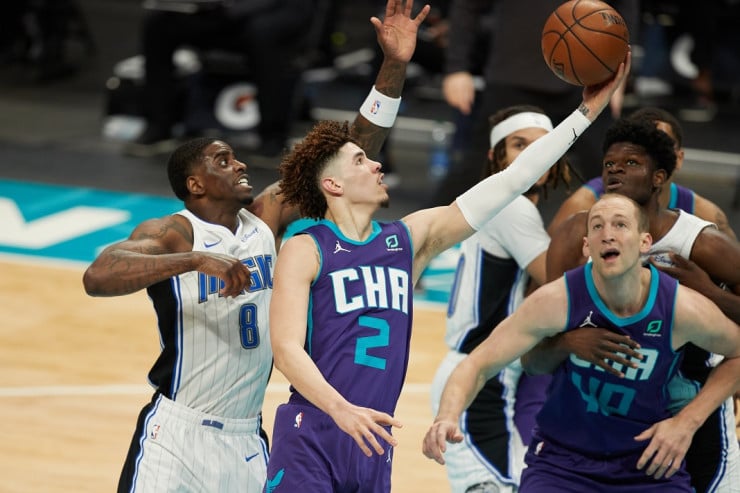 Led by second-year star LaMelo Ball, the Hornets have been one of the surprise teams in the NBA this season. Charlotte sits in second place in the Eastern Conference standings after winning three of its first four games. Meanwhile, Orlando is embarking on a rebuild after overhauling its roster last season. The Magic come in with a 1-3 overall record through four games and will be looking for their first win at home after dropping their first two games at the Amway Center.

Can the Magic upend the buzzing Hornets at home on Wednesday night?

One of the main reasons for Charlotte’s 3-1 start has been the sudden breakout of fourth-year swingman Miles Bridges. The fourth-year star is off to a red-hot start to the season and was named NBA Eastern Conference Player of the Week for his performance in Week 1 of the NBA season.

In desperate need of 3-point shooting and backcourt help, the Magic signed Canadian-born guard Mychal Mulder to a two-way contract. A 6-foot-3 point guard, Mulder made a name for himself by shooting 39.7 percent from 3-point range in limited action as a member of the Golden State Warriors. Originally undrafted, Mulder has played in 67 career NBA regular-season games.

Charlotte comes into this game dealing with some injuries to key players. Starting shooting guard Terry Rozier is questionable for Wednesday’s game in Orlando and is considered doubtful to play. Meanwhile, P.J. Washington has already been ruled out for Wednesday’s contest.

On the other hand, Orlando came into the season without two projected starters: Markelle Fultz and Jonathan Isaac, who remain without a firm timetable for their return. However, the Magic are also expected to be without E’Twuan Moore and Chuma Okeke for Wednesday’s contest. Moore is out with a knee injury while Okeke has yet to appear in a game this season due to an injured hip.

Bridges’ breakout is turning Charlotte into a legitimate playoff contender

Charlotte suffered its first loss of the NBA season on Monday night, falling short 140-129 in an overtime loss versus the Boston Celtics. Miles Bridges had 25 points and 10 rebounds while LaMelo Ball added 25 points and nine assists for the Hornets, who had seven different players score in double-figures in the loss.

Bridges remains one of the NBA’s most improved players in the early part of the season. After gaining confidence as part of Charlotte’s second-unit last year, Bridges has nearly doubled his scoring average from a year ago. Through four games, he’s averaging 25.0 points and 8.5 rebounds per game while shooting 52.9 percent from the field and 35.7 percent from 3-point range.

Orlando was unable to keep up with the Miami Heat on Monday, losing 107-90 for its third loss in four games. Rookie point guard Jalen Suggs led the Magic in scoring with 15 points while Cole Anthony had 12 points, nine rebounds, and five assists in the loss. While Suggs connected on four of his eight 3-point attempts, his teammates combined to shoot just 8-for-36 from 3-point range on the night.

Efficiency has been a major problem for Suggs through his first four NBA games. The No. 5 pick in the NBA Draft has shot just 28.8 percent from the field and only 26.1 percent from 3-point range through four games. However, he’s wasted no time in making his presence felt on the defensive end of the floor. According to Second Spectrum tracking data, Suggs has limited opponents to just 31.4 percent shooting from the field and 20.7 percent from beyond the arc when he’s been the closest defender.

After losing a heartbreaker against the Boston Celtics, the Hornets should be in a good position to bounce back in this spot. According to dunksandthrees.com, Orlando has been one of the NBA’s worst defensive teams in the early part of the season, ranking 28th in the NBA in adjusted defensive efficiency. Meanwhile, Charlotte has been one of the NBA’s most potent offenses, ranking third in the NBA with a 113.5 adjusted offensive rating. With Bridges on fire and Ball flashing signs of superstardom, take the Hornets to get the job done and cover the spread at home versus the Magic on Wednesday night.

This one might be a long shot, but it could pay dividends on a night like tonight. Tonight, there should be some value on Kelly Oubre Jr. to get his first double-double of the season. At +1500, Oubre should get some extra opportunities for some minutes with Terry Rozier and PJ Washington expected to be out for Wednesday’s game. That should open up a few more chances to clean up on the glass for Oubre, who has already been flirting with a double-double over his last two games. Fresh off of a 19-point, nine-rebound effort versus the Celtics, take Kelly Oubre Jr. to get a double-double on Wednesday night.

Take the Charlotte Hornets to cover the spread at Bovada.