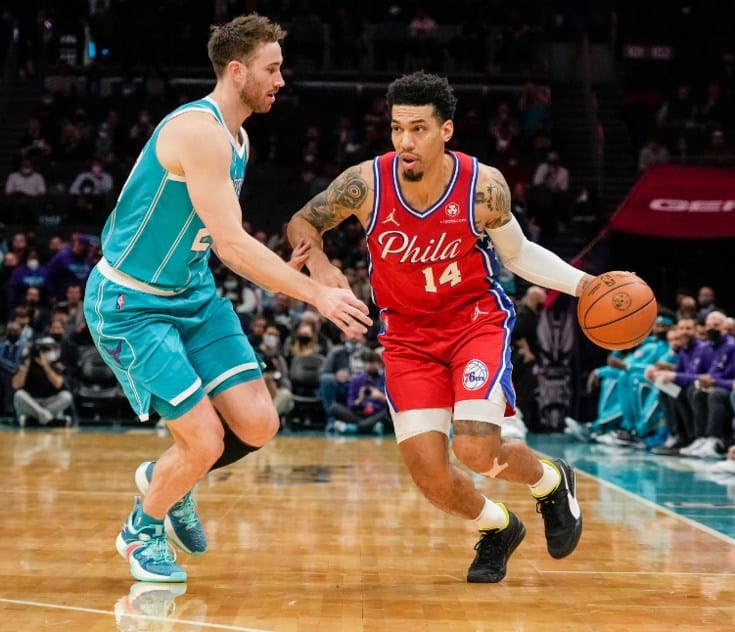 In Wednesday night’s Eastern Conference rematch, the Charlotte Hornets (22-19) are aiming to add to their three-game winning streak against the Philadelphia 76ers (23-16) at Wells Fargo Center. Will the Hornets earn their first head-to-head victory versus the Sixers since Nov. 2, 2016?

Comparing these intraconference teams’ betting statistics, the Hornets are 25-16 against the spread in the 2021-22 NBA regular season, while the 76ers are 20-19 against the spread. The tip-off time for this contest is 7 p.m. ET. This game can be watched live via Bally Sports South, Bally Sports Southeast, NBA League Pass and NBC Sports Philadelphia. According to Land of Basketball’s database, these two contenders have played one another 114 times during the regular season all-time. Charlotte is 58-56 versus Philadelphia overall.

Though, the Sixers have won the last 16 consecutive games against the Hornets. Charlotte has not defeated Philadelphia since Nov. 2, 2016. On Dec. 8, 2021, the second matchup of this regular season, the 76ers won 110-106 at Spectrum Center. Putting aside the history between these two competing teams, the Sixers signed shooting guard Charlie Brown Jr. to a two-way contract on Tuesday. This move comes right after the organization waived Aaron Henry. In a total of five games played this season, Brown Jr. averaged 1.2 points, 1.6 rebounds and almost 1.0 assist per game.

Charlie Brown Jr. playing his way to a two-way contract for his hometown team is pretty cool https://t.co/jslYQZsIWr

Moreover, on Monday, in the Hornets’ 103-99 home win over the Bucks, guard Terry Rozier scored a team-high 27 points in 40 minutes played. Guard LaMelo Ball closed out his performance with 23 points, 5.0 rebounds and 3.0 assists in 35 minutes on the court. In the third quarter, Charlotte outscored them 36 to 26.

Referencing ESPN’s Basketball Power Index, the 76ers have a 53.7% chance of winning.

As for the 76ers, in their 111-91 road victory versus the Rockets on Monday, center Joel Embiid led his team in scoring, accumulating 31 points in 26 minutes of action. Tobias Harris and Andre Drummond each contributed 13 points as well. Drummond also ended his performance with one more career double-double. He had a total of 10 rebounds and 3.0 assists in 17 minutes played.

On the flip side, the Sixers are 5-0 ATS in their previous five performances. And, the total has gone over in seven of their last nine games versus the Hornets. Next, Philadelphia is 8-0 SU in the team’s past eight contests versus Charlotte at Wells Fargo Center. In conclusion, think about picking the Sixers to win and cover the spread at home. If you would like to quickly review the basics of sports betting, check out our handicap betting guide.

Pick the 76ers to win, they will cover the spread and the total will go over 210.5. Philadelphia is a five-point favorite at home with BetOnline.