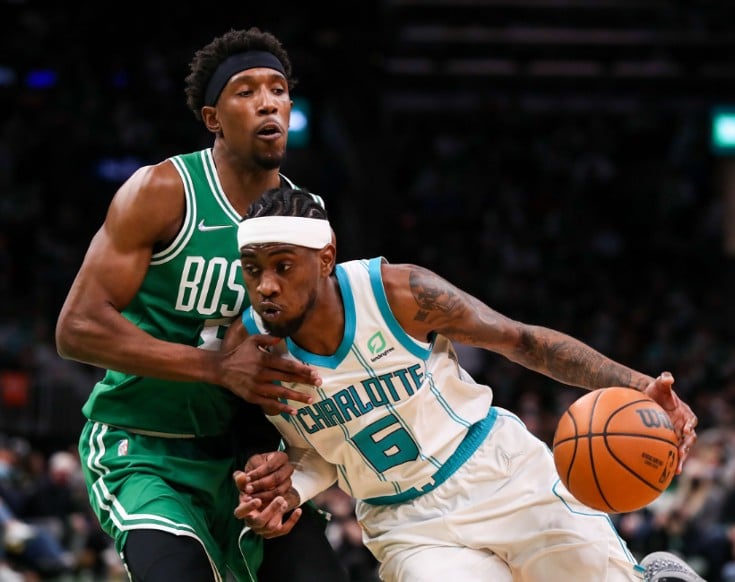 In Wednesday night’s Eastern Conference rematch, the Charlotte Hornets (28-23, 30-21 ATS) are playing the Boston Celtics (27-25, 25-26-1 ATS); NBA picks are posted here. Will Jaylen Brown and the Celtics extend their winning streak to three games? Including the starting lineups, our top NBA picks and betting trends are available below.

Hornets vs Celtics betting odds can be found at BetOnline

Moreover, on Sunday, in the Hornets’ 115-90 home loss versus the Clippers, guard LaMelo Ball earned another career double-double. He amassed 23 points, 6.0 rebounds and 10 assists in 38 minutes on the court. Also, forward Miles Bridges ended his performance with 18 points, 9.0 rebounds and 2.0 assists in 38 minutes played. Charlotte has won six of its previous 10 contests. After earning their eighth loss at home this season, the Hornets are 14-8 at home, 14-15 away and 15-14  ATS on the road.

On the other side, in the Celtics’ 122-92 home win over the Heat on Monday, guard Jaylen Brown scored a team-high 29 points in 31 minutes spent on the court. Forward Jayson Tatum finished with a double-double, accumulating 20 points, 12 rebounds and 5.0 assists in 31 minutes played. Boston has won six of its last 10 games, just like Charlotte. On top of a two-game winning streak, the team is 17-10 at home, 10-15 away and 12-14-1 ATS at home.

Referring to ESPN’s Basketball Power Index, the Celtics have a 65.8% probability of winning.

Equally important, in other news, Hornets’ forward Gordon Hayward has been cleared to play from the NBA’s health and safety protocols. Though, he is remaining in Charlotte. He had a positive PCR test one week ago. In a total of 45 games played this season, the 12-year veteran has averaged 17 points, 4.7 rebounds and 3.7 assists per game.

Hornets say Hornets F Gordon Hayward has been cleared from the NBA’s Health & Safety Protocols but did not travel with the team to Boston. Hayward will be listed as out for tomorrow’s game and will remain in Charlotte for conditioning as he returns from H&S Protocols.

Nonetheless, entering this contest, Boston is a 4.5-point favorite. For one noteworthy point, Marcus Smart did not play in last month’s matchup. Hayward scored only five points in January’s meeting as well. In summary, ponder the possibility of the Celtics winning and covering the spread at home. The total will go under 223.5. If you are interested in placing a bet and want to master the basics of NBA betting, skim through our handicap betting guide. Other NBA Picks are on the main page.