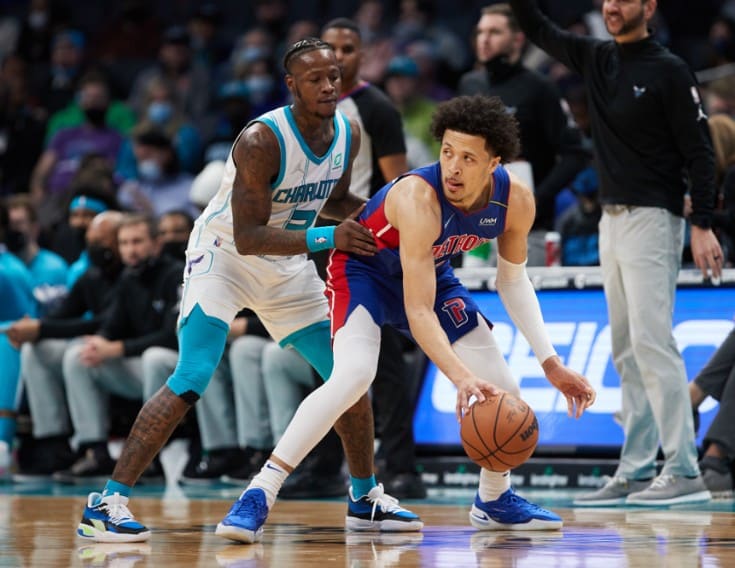 In tonight’s intraconference rematch, the Charlotte Hornets (28-28, 31-25 ATS) are facing off versus the Detroit Pistons (12-43, 26-29 ATS); NBA picks are posted here. Will the Pistons defeat the Hornets for the first time since Oct. 18, 2017? Along with the starting lineups, our top NBA picks and betting trends are available below.

All Hornets vs Pistons betting odds can be found at BetOnline

Moreover, on Wednesday, in the Hornets’ 121-109 home loss against the Bulls, guard LaMelo Ball led his team in scoring. He put up 33 points in 38 minutes spent on the court. Forward Miles Bridges closed out his outing with 22 points, 5.0 rebounds and 5.0 assists in 39 minutes played. Charlotte has won just two of its past 10 games. Also, the Hornets are on a six-game losing streak. They are now 14-16 away, 14-12 at home and 16-14 ATS on the road this season.

Not to mention, in the Pistons’ 132-107 home loss versus the Grizzlies on Thursday, forward Jerami Grant scored a team-high 20 points in 29 minutes of action. Forward Saddiq Bey ended his performance with 17 points, 7.0 rebounds and 2.0 assists in 36 minutes played. Detroit has won only one of its last 10 contests. Likewise, the Pistons are on a six-game skid as well. The team is 8-19 at home, 4-24 away and 14-13 ATS at home this season.

According to ESPN’s Basketball Power Index, the Hornets have a 55.4% chance of winning.

Prior to placing a bet, gamblers should consider other head-to-head matchups. In the previous 14 matchups, the Hornets are an unstoppable 14-0 against the Pistons. On Jan. 5, 2022, the first meeting during this regular season, Charlotte won 140-111 at Spectrum Center. The Pistons have not defeated them since Oct. 18, 2017, when they won 102-90 at Little Caesars Arena.

For a noteworthy news story, Pistons’ head coach Mitch Kupchak informed reporters that Montrezl Harrell — acquired from the Wizards — should be eligible to play tonight. Physicals on both sides are required after a player gets shopped. Thus far, Harrell is averaging 14.1 points, 6.7 rebounds and 2.1 assists per game this season. At this time, it is unknown if the seventh-year player will be starting.

Mitch Kupchak said he expects Montrezl Harrell to play tonight against the Pistons in Detroit as long as the physicals on both sides are completed. He anticipates it getting done in time for Harrell to make his debut.

Interested betting on the Maine team? – Don’t miss out on reading our guide about sports betting in Maine first!

Anyways, heading into this Eastern Conference rematch, Charlotte is a seven-point favorite. Both teams are on six-game losing streaks, but Detroit has played awful against Charlotte. Taking everything into account, think about picking the Hornets to win, the Pistons will cover the spread and the total will go under 226.5. To learn more about NBA betting, review our handicap betting guide. Other NBA Picks are on the main page.