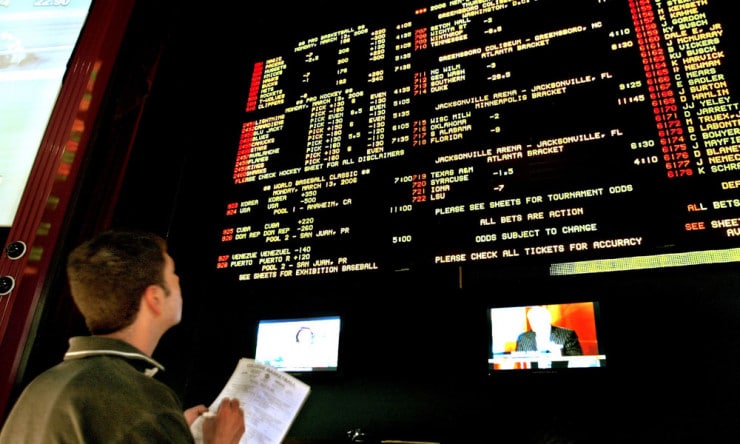 The NBA has become synonymous with betting conversations during the Adam Silver era, with the league frequently being at the forefront of those discussions. Compared to the other professional sports leagues in the United States, the NBA has not only appeared to be the most progressive with regard to the topic, but it has also looked like the league that is the most likely to get further involved in the industry.

Of course, the league has placed a focus on sports betting, given that they have a vested interest in the continued legalization of that. They have mentioned that they would like a cut of NBA wagers placed, with the industry’s growth in the United States being something that the league could see improving the bottom-line.

Whether or not the NBA gets a piece of the action from a financial perspective, it is still surprising to see a major professional sports league in the United States willing to entertain the conversation at all. By comparison, the NFL has been largely afraid to discuss sports betting, while Major League Baseball has banned its all-time leading hitter for life for gambling-related offenses.

And it isn’t as if the NBA is only interested in gambling in the context of betting on NBA games. The league has relationships in the daily fantasy sports industry as well, with visibility for brands in that space seen in NBA arenas as well. And the NBA-subsidized WNBA is also a part of this betting-friendly basketball landscape, most notably in the form of a team named after a casino.

The Connecticut Sun is that team, as they play in the home of a popular casino in their area. Both the NBA’s Phoenix Suns and WNBA’s Phoenix Mercury play in a venue named after a casino as well. And it is the casino industry that the NBA may conceivably expand into as their relationships in the betting industry appear to be growing in both quality and quantity. With the growth of online casinos, it isn’t impossible to envision the NBA encouraging its fans to compare the best casino bonuses to increase its market share in this growing industry.

Of course, with the betting renaissance that is going on in the United States at this time, the league is making sure that everyone knows that its integrity is not to be questioned. The league has made clear that they are going to ramp up the enforcement of its betting policies, to make sure that players aren’t compromising the game’s integrity. That move by the league is a smart one, as it makes sure that fans know that there is no reason to question the sport even if the league embraces betting.

The NBA is seeing progress across the sport, from its on-court evolution that prioritizes ball movement and long-range shooting, to its off-court stances on betting. Unlike the other major American sports, that willingness to evolve is part of what has caused the popularity of the NBA to skyrocket in recent years.