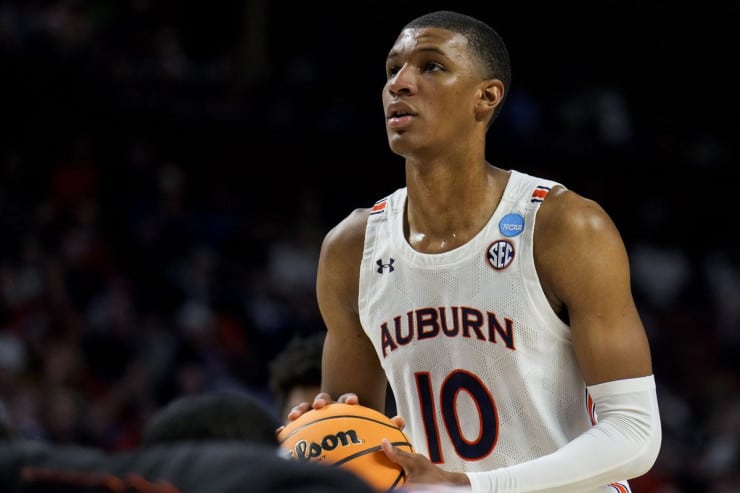 The 76th NBA Draft will take place on Thursday at the home of the Brooklyn Nets at the Barclays Center in Brooklyn, New York, with some elite young talent ready to make the leap to the highest level of professional basketball.

How to Bet on Jabari Smith’s NBA Draft Position

What Will Jabari Smith’s NBA Draft Position Be?

All the signs are currently pointing to Auburn star Jabari Smith taking his talents to Florida and joining the Orlando Magic who have the number one overall pick in this year’s NBA Draft.

There are only two workout schedules on the 19-year-old’s pre-draft agenda, and those are with the Magic and the Oklahoma City Thunder who own the second overall pick. As far as Smith is aware, he’s not anticipating to fall down below the second pick and is more than confident of heading to Orlando.

There have been reports circulating that the Magic are not completely set on Smith however, and haven’t shut the door on Gonzaga’s Chet Holmgren who is currently projected to join the Thunder or the Rockets. Holmgren’s frail body type has casted doubts amongst NBA teams on his durability and effectiveness when he enters the league. Aside from this, the centre doesn’t have any glaring weaknesses to his game and remains a five-star recruit.

We’re anticipating that Jabari Smith will pull on an Orlando Magic hat when called by Adam Silver with the first overall pick of the 2022 NBA Draft.

What Team Will Jabari Smith Join In The NBA Draft?

As mentioned above, there are only two realistic options for Smith at this point – Orlando and Oklahoma.

Orlando are more likely to opt for Smith over Holmgren due to the balance of their roster, as the Magic already employ big men such as Wendell Carter Jr., Mohamed Bamba, and Jonathan Isaac – all three of which are injury prone, however. This is something General Manager John Hammond will keep in mind when his team are put on the clock in Brooklyn.

If a stunning turn of events takes place and the Magic decide to draft either Paolo Banchero or Holmgren with their pick, there is an almost certainty that Oklahoma will pick Smith to team up with their impressive young core featuring Shai Gilgeous-Alexander, Josh Giddey, and Lu Dort.

We won’t know Orlando’s final decision until NBA commissioner Adam Silver reads out their selection shortly after 7.30pm ET on Thursday, but the NBA world has a pretty good feeling it’ll be Jabari Smith heading to the Amway Center.