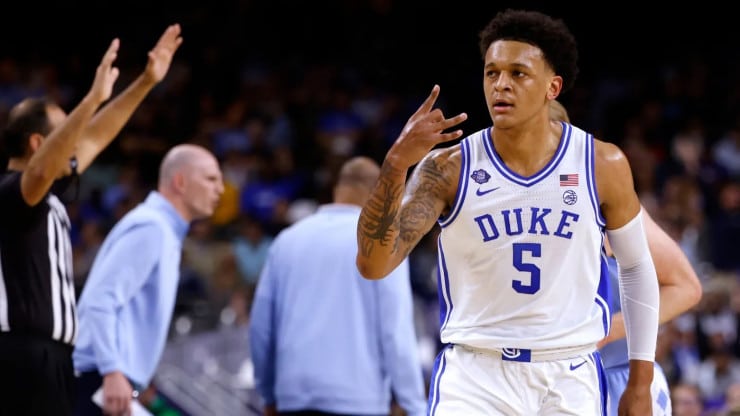 The 76th NBA Draft will take place on Thursday at the home of the Brooklyn Nets at the Barclays Center in Brooklyn, New York, with some elite young talent ready to make the leap to the highest level of professional basketball.

How to Bet on Paolo Banchero’s NBA Draft Position

What Will Paolo Banchero’s NBA Draft Position Be?

In a stunning turn of events, Duke’s Paolo Banchero is now the outright odds-on favourite to be selected as the number one overall pick in the 2022 NBA Draft, but it is not yet clear if the Houston Rockets are planning to trade up to take the Orlando Magic’s pick, or if the Magic will draft Banchero themselves.

In the weeks leading up to tonight’s draft, Auburn star Jabari Smith, who has been likened to Brooklyn Nets forward Kevin Durant, has seemed like the obvious choice for the Magic at number one. However, due to Banchero’s odds shortening dramatically, many believe there is a trade on the horizon.

Banchero is almost certain to go somewhere between the first and third pick, and is currently favoured to go number one as per the most recent odds on BetOnline. With draft night just around the corner, keep your eyes and ears peeled for a frenzy of trades before it begins.

What Team Will Paolo Banchero Join In The NBA Draft?

As mentioned above, Paolo Banchero is almost certain to be drafted into the NBA between the first and third overall pick – which narrows the forward’s potential destinations down to: Orlando Magic, Oklahoma City Thunder, or Houston Rockets.

Each team will provide a different fit for the 19-year-old. In Orlando, Banchero joins a promising young roster with a flurry of lottery picks in recent years such as Franz Wagner, Wendell Carter Jr., Mo Bamba, Markelle Fultz, Jonathan Isaac, and Jalen Suggs.

In Oklahoma, Banchero joins an organisation that is rapidly building to become one of the strongest young cores in the NBA, stashing draft picks like there’s no tomorrow. Alongside Shai Gilgeous-Alexander, Lu Dort, Josh Giddey, and Tre Mann, the Thunder have a young core with bucketloads of potential alongside immense draft capital.

Houston has been the most frequently touted destination for Banchero throughout 2022, and it also seems like the most suited landing spot. The Rockets have some fantastic young talent such as Jalen Green and Kevin Porter Jr., alongside Turkish center Alperen Sengun who is still yet to turn 20-years-old. This franchise has been missing an X factor since James Harden forced his way out to team up with Durant and Kyrie Irving in Brooklyn, but possibly Banchero could be their saving grace.