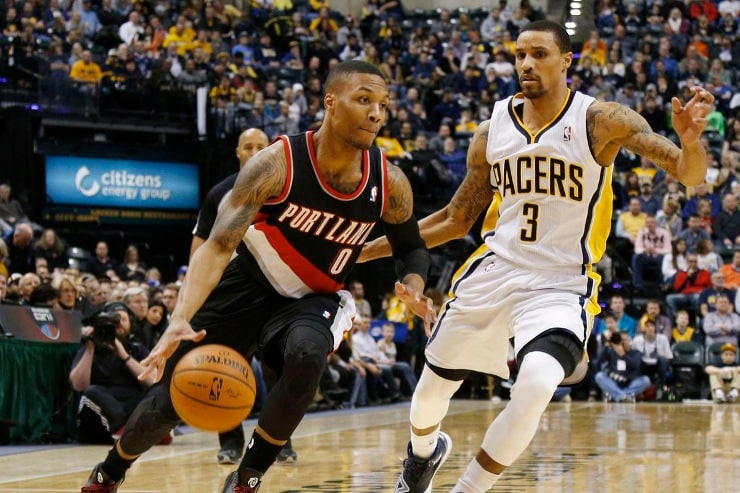 The Indiana Pacers travel to Portland for the first of a four-game West Coast road trip and are 3.5-point underdogs against the Trail Blazers, with the Trail Blazers sitting at 3-5 and the Pacers 3-6.

It’s safe to say, it’s surely not the start either of these organizations were hoping for.

For Indiana, the schedule has been less than forgiving to start the year. They lost the first two games, each by one point, including an overtime loss to the Wizards. When it happened, it looked like a pretty bad loss. But as the Wizards continue to play better than most anticipated coming into the year, that loss becomes more forgivable.

Following the loss, they had an impressive 11-point win against the Miami Heat. That didn’t prove to be the turning point the Pacers needed though, as they dropped their next four games in a row.

But perhaps Indiana got the confidence boost it needed after a 15-point win against the San Antonio Spurs and an impressive 13-point win against the Knicks. The timing of this two-game win streak is no coincidence, as the Pacers have now won two of the three games Caris LeVert has played this season after returning from a stress fracture in his back.

Meanwhile, fans of RIP City were probably hoping for more after a tough-fought series with the Denver Nuggets in the NBA Playoffs last season. Just the opposite of the Pacers, they started the season 3-2, but have lost the last three entering Friday.

While the Pacers will still be without talented wing T.J. Warren for some time, they’ve gotten quite the boost from the rookie out of Oregon; Chris Duarte. Duarte was already 24 at the time of the draft, which inevitably left all the scouts and pundits calling him “experienced” and “will contribute right away.”

While it was a sure-thing on any NBA Draft broadcast bingo card, Duarte has done exactly that in his first nine games for the club. He’s averaging 16.2 points per game, 4.6 rebounds and one steal per game. He’s also shooting 42.9 percent from deep on six attempts per game.

Myles Turner continues to be an incredible defensive anchor, averaging 2.9 blocks per game. He’s shooting well from deep as well, connecting on 40.9 percent of his tries.

The Blazers also enter Friday ranked 25th in defensive efficiency according to TeamRankings.com. The Pacers also enter in the bottom third of the league in said category, ranking 20th.

That’s going to help us find value for this game. While the Blazers enter on a skid, I think returning to Portland in front of some of the best fans in the NBA have a chance to help get Damian Lillard and co. back on track and cover the spread.

I’ll also be taking the over. While the under has gone 12-3-1 the last two nights, I’m banking that both these bottom-third defenses could give us a rare shootout.