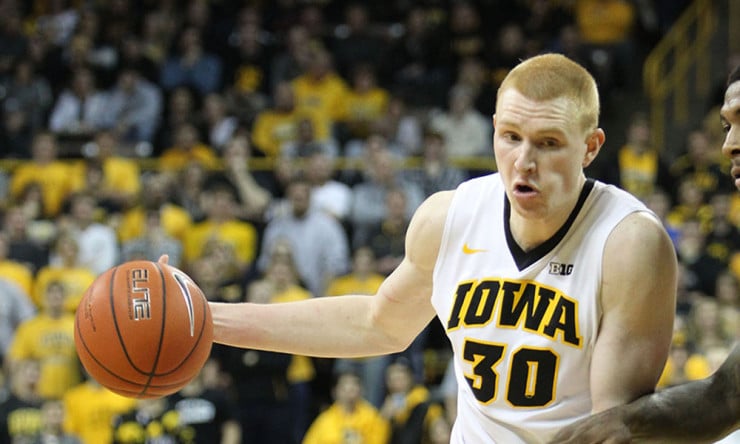 The Indiana Hoosiers are set to take on the Iowa Hawkeyes at 1 on Saturday in the Big Ten Tournament semi-finals. The Big Ten Conference Tournament is being held at the Gainbridge Fieldhouse. Iowa is going to be coming into this one as the number five seed in the tournament, while Indiana is the number nine seed. Iowa finished the season at 24-9 while Indiana finished at 20-12.

Indiana and Iowa will meet at the Gainbridge Fieldhouse on Saturday. Whichever team wins this game will advance to the Big Ten Tournament championship and have a chance at an automatic bid for the March Madness Tournament.

There are currently no players on either teams’ injury report for Saturday night’s game. Neither team should have any late scratches.

This game will be played at a neutral arena, with a chance to get one step closer to the March Madness Tournament. Iowa is the favorite in this one, but Indiana has proven that when they’re on their game, they can beat anyone in the country,

The Indiana Hoosiers certainly didn’t have the regular season that they were hoping for as they finished 9-11 in the Big Ten and 20-12 on the season. However, Indiana has been able to walk away with two very impressive Big Ten tournament wins as they were able to take down the number one seeded Illinois Fighting Illini in their most recent game.

In that game, Indiana was able to win 65-63 behind that Trayce Jackson-Davis’ 21 points and seven rebounds.

Iowa Trying To Prove They Belong

The Iowa Hawkeyes are another team that didn’t necessarily have the regular season that they were hoping for although they did finish at 24-9 overall. However, Iowa finished the Big Ten regular season with a 12-8 record in the conference.

Although Iowa did not play the type of basketball that they were hoping for at the beginning of the season, they have been able to come away with two impressive Big Ten tournament wins including their most recent against the Rutgers Scarlet Knights where they won 84-74.

In that game, Keegan Murray, a potential lottery pick in the NBA draft this year, led the way with 26 points.

For this game, I’m going to go with the Indiana Hoosiers to win outright. I feel that when a team is hot in March, it is tough to bet against them.

Although Iowa is clearly the more talented team here and Iowa did beat them in the regular season, I think Indiana is on a little bit of a hot streak here and that is going to continue for the remainder of this tournament.

Get free CBB bets for the Hoosiers vs Hawkeyes game at BetOnline below.