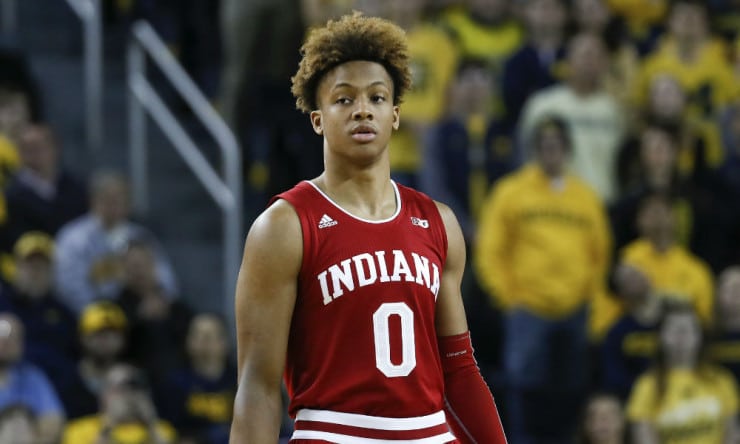 The Indiana Hoosiers are set to take on the Wyoming Cowboys in the NCAA tournament on Tuesday at 9:10 EST. This game will be held at the UD Arena as both of them are looking to get out of the ‘first four’ games. This is going to be one of the more interesting games of this tournament as there are many questions on why Indiana even made the tournament after finishing 20-13 on the season and 9-11 in Big Ten play. Wyoming is going to be coming into this one at 25-8 and 13-5 in the Mountain West. Wyoming ended up finishing in second place of the Mountain West tournament, and they are a team who could potentially make some noise in the tournament if things do go right for them.

The Indiana Hoosiers and the Wyoming Cowboys will meet at the UD Arena on Tuesday. This is going to be one of the more interesting games of the entire tournament as either team could potentially win this game.

There are currently no players on either teams’ injury report for Tuesday night’s game. Neither team should have any late scratches.

This game will be played in a neutral arena. Both teams are going to look to advance to the official rounds of the NCAA March Madness Tournament.

Should Indiana Even Be Here?

Indiana had some exceptional play for them against the Iowa Hawkeyes as Trayce Jackson-Davis finished with 31 points.

Indiana is going to try to prove people wrong as they do believe that they were good enough throughout the year to be in this tournament.

Does Wyoming Have Enough?

The biggest question going into this one is if the Wyoming Cowboys have enough to get the job done. They play in an interesting conference as the Mountain West isn’t necessarily a bad conference, but it’s not like the Big Ten.

Wyoming is going to come out in this one and try to prove to everybody that the Mountain West is no slouch in terms of competition and try to get the job done against an above-average Indiana team. Beating a team in the Big Ten is never an easy thing to do for a mid-major program, but Wyoming certainly has the talent to do so.

Wyoming ended up losing to the Boise State Broncos in the Mountain West tournament, as Graham Ike led the way with 18 points.

For this game, I’m going to go with the Wyoming Cowboys to win outright. I do think that Indiana is a decent team, but at the end of the day, this team really didn’t do enough in my opinion to warrant a March Madness spot. They did make a deep run in the Big Ten tournament, and that is definitely the reason why they did end up getting the invite.

We can’t take away what Indiana was able to do during the tournament, but prior to that, this team really had no business being in March Madness.

Get free CBB bets for the Wyoming vs Indiana game at BetOnline below.