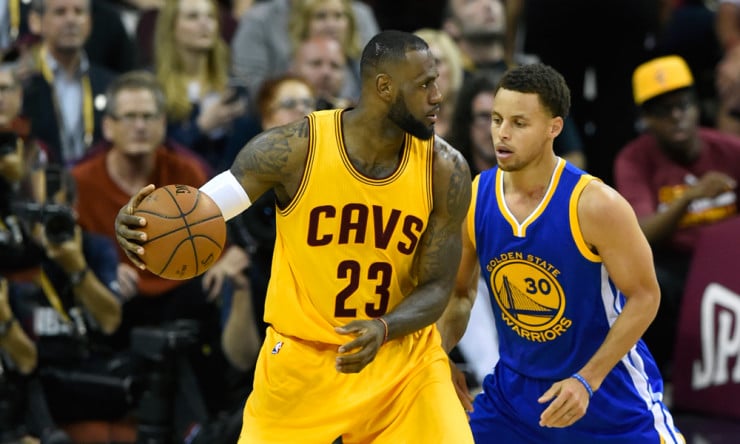 LeBron James sat down on the bench in the fourth quarter as the game slipped away. He threw up his hands and grimaced in frustration. His Cleveland Cavaliers had done everything right against the Splash Brothers. Yet everything still went so wrong as this highly anticipated NBA Finals rematch kicked off. The Cavaliers shot 38 percent and couldn’t find a way to stop the Golden State Warriors’ supporting cast in a 104-89 loss Thursday night.