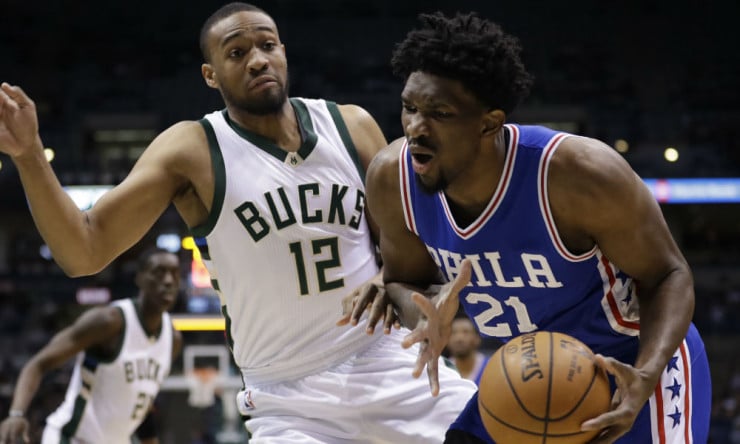 76ers center Joel Embiid has not been cleared for 5-on-5 drills, and the team will take a cautious approach in his return from his injured left knee.

Embiid’s career has been riddled with injuries, and he missed his first two NBA seasons. Embiid played only 31 games last season and had surgery in March to repair a torn meniscus in his knee.

“If you walk in the gym, it looks like he could play 5-on-5 basketball,” Colangelo said. “But we’re going to take our cues from the people who know best.”

According to Colangelo, those people favor a “hyperconservative progression” for Embiid.

“Will he be ramping that up throughout the preseason?” Colangelo said. “Yes. How many games, we’re not certain. Is it every game? We don’t know. That will be based on what we’re told.”