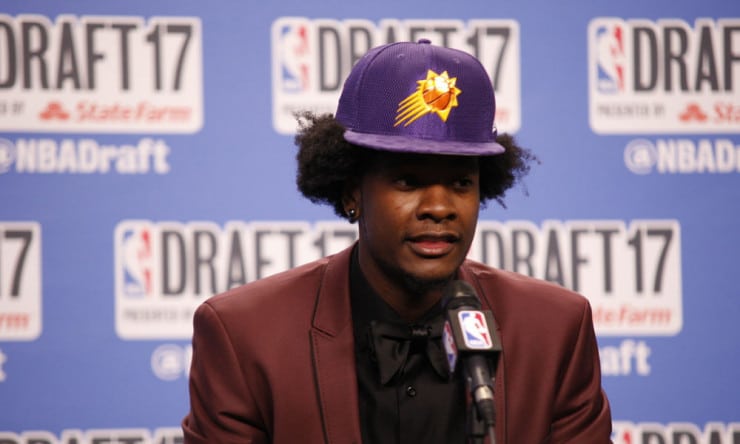 There had to be some uncertainty for Phoenix Suns rookie Josh Jackson over the last few weeks.

Once news broke that Cleveland Cavaliers point guard Kyrie Irving was requesting a trade from the Cavs, the Suns emerged as a potential landing spot for the All-Star.

Any theoretical Suns-Cavs trade centered around Irving was also going to involve Jackson, this year’s No. 4 pick in the NBA Draft, heading to Cleveland.

Jackson recently sat down with SiriusXM NBA Radio to discuss the situation.

He was first asked if he was renting in Cleveland.

“I was kind of in the dark a little bit. But I got a feeling that the trade wasn’t going to happen.”

Jackson also added that no one in the Suns specifically told him the trade was not going to happen. But Jackson seemed fine with this since the deal never really got to the point of really being possible so that the Suns would need to reassure him like that.