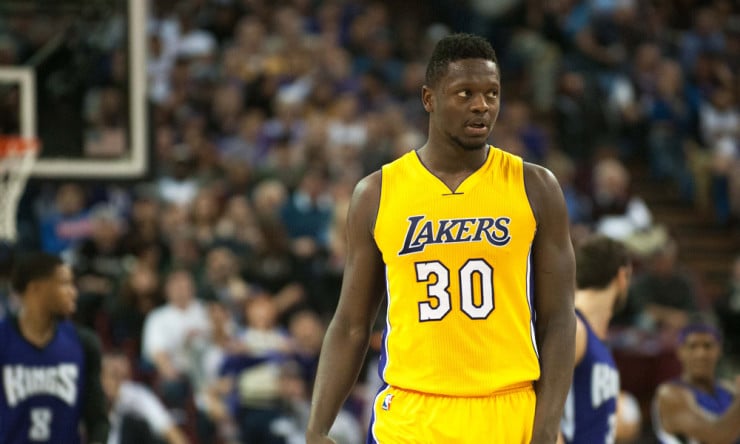 Through 71 games as a Laker, Julius Randle had never tallied more than five assists.

He hit that less than nine minutes into Friday’s 116-105 loss to the Denver Nuggets.

Randle finished with 13 points, 18 rebounds and 10 assists for his first career triple-double. At 21, he became the youngest Laker to record a triple-double since Magic Johnson.