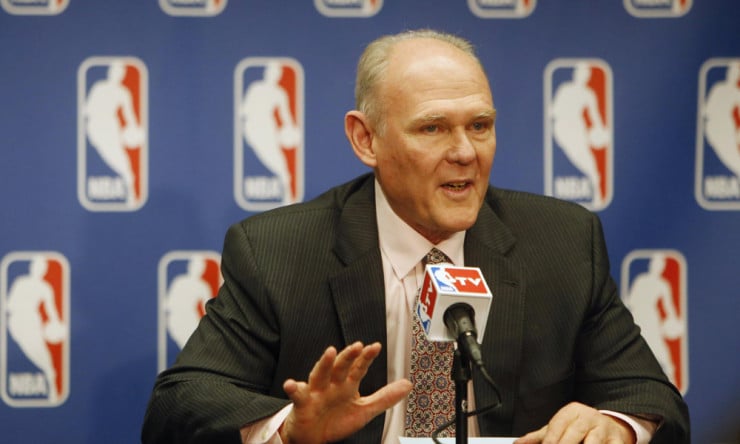 “I think (DeMarcus Cousins) Cuz and I have got to figure out how to come together and how to commit to each other,” (Kings Coach George) Karl said.

(VP of Basketball Operations Vlade) Divac, an imposing figure known for smoothing over locker-room dysfunction during his playing days, has emerged as the peacemaker with the best chance of succeeding in this complicated staredown. His roster moves — adding veterans like Rondo, Marco Belinelli and Kosta Koufos instead of embarking on a lengthy rebuild — match with Karl’s vision.

All the while, Divac has taken full responsibility for mending the relationship between Karl and Cousins, and is working to get the two men in the same room for an airing of grievances before training camp.

“I want to talk to Cuz,” Karl said. “But the situation, because of how it got, I think we’ve got to be patient to get to that point. … I trust Vlade. I don’t know when it will be or how it will be, but I think [the meeting with Cousins] will happen.”