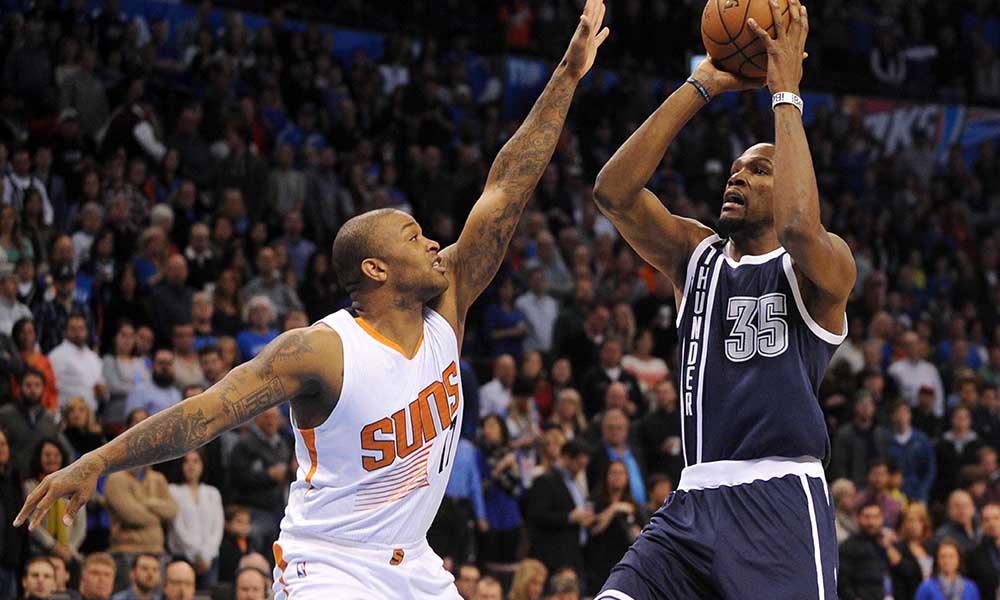 Kevin Durant’s free agency is still five months away. But with chatter increasing surrounding his future, the Thunder forward said the speculation and rumors aren’t a distraction for him or his team.

“Nah, nobody talks about it here,” Durant told reporters following shootaround Wednesday. “We don’t even talk about basketball outside the court, much less free agency chatter. We don’t talk about that stuff. As soon as we walk off this court it’s friendships and brotherhood. It makes it easier when you have a group of guys where that’s not always turned on talking about basketball.”