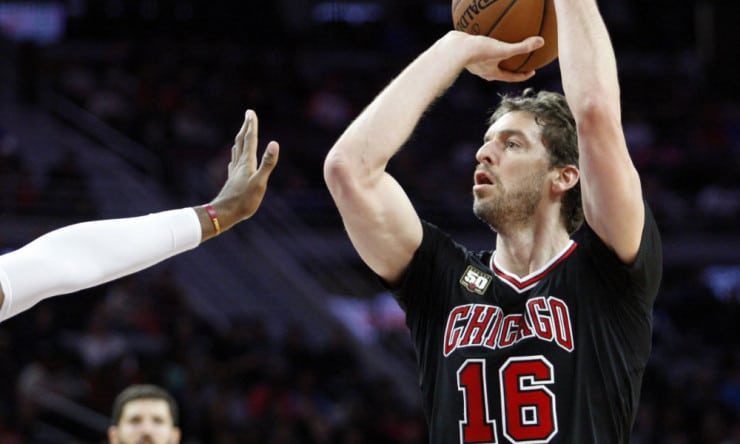 The Bulls have discussed deals with multiple NBA teams on Gasol, but one discussion lingered on Tuesday, league sources told The Vertical’s Wojnarowski and Chris Mannix: Gasol and Tony Snell to the Sacramento Kings for Kosta Koufos, Ben McLemore and a lowering of the lottery protections on the 2016 first-round pick that Sacramento owes the Bulls.

The pick is protected Nos. 1-10, but the Bulls and Kings discussed lowering the protections further to give Chicago a better chance of obtaining use of the pick in 2016, league sources told The Vertical.

The Kings reached out to the Philadelphia 76ers on Tuesday, too, league sources said, because the Sixers have the right to swap picks with the Kings’ on the 2016 pick. The Kings wouldn’t be able to complete the deal involving the pick with Chicago unless they could reach an agreement with Philadelphia. The Sixers were preparing to ask for a further sweetener to allow the Kings to move on a deal with Chicago, league sources said.