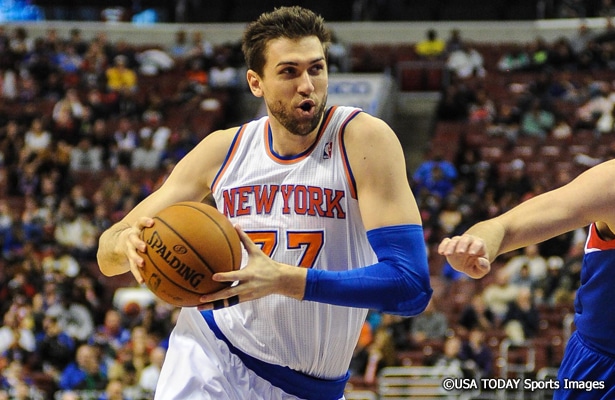 Behind (Andrea) Bargnani’s ferocity, the Knicks blocked 14 shots — one off the team record — in beating the Sixers 101-91 at the Garden, ending their nine-game slide and moving them to 15-62.

“I more so saw the eight rebounds and four blocks than the points — he can score points,’’ coach Derek Fisher said. “If he’s rebounding that way and using his size to block shots, it makes us a better team.”

Bargnani, who shot 8-of-15, said his defensive tenacity showed “nobody is giving up.’’